Tara Flynn: online abuse eats away at you 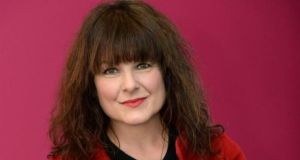 An annoying beep brings you back to reality. You’re almost out of petrol. Stuck in traffic and can’t risk turning the radio on. The news might be about you. I don’t even like to write his name but last month senior Fine Gael member Barry Walsh attacked me on Twitter saying: “From what Tara Flynn says she just couldn’t be bothered having a baby, so she had it killed”. Walsh has today resigned from the executive council of the Fine Gael party.

This week it was discussed on the national morning radio show, the one your mother listens to. She has found it all upsetting, so when she hears an apology - from a Minister no less - on behalf of her party it brings her great relief. You thank the women of Fine Gael heartily for that. Who knows how long they’ve had to bite their tongues?

Now your name’s in all the papers. And you in the Micra on the way back from the NCT. It passed. What a strange day.

Last week, just before you guested on a podcast, you shared it. Abuse you’d heard of over six weeks before: at the time, you’d tried to “rise above” it. But that changed nothing. It ate at you. You couldn’t sleep. So now, quickly, before losing your nerve, you shared a screenshot and tagged the poster’s party. Were they really okay with this?

Days passed. The lull was horrendous. Maybe they were okay with it. Him doubling down and people giving out to you for ruining a party’s unity, or something: putting the problem back on you, his words still floating out there. That was scary. Lonely. Were those words stopping you getting work? Were they changing people’s opinion of you? Were they stoking someone’s violent urges and pushing them to a point where they might act?

It ate away at you. Why don’t I tackle it? Because he’s in a position of power. I am afraid.

Then #metoo happened and your fear became secondary and you shared it anyway. Things blur the day the news breaks. You think you had a salad earlier: the bowl sits in the sink, but you don’t remember how it tasted, or feeling either full or empty. Publicity is part of your job. Being in the news is not. The hours stretch – other people go around not being in the news. The day is long.

You’re used to trolls. You’ve done stand-up, been heckled. You’re ugly. You’re a bitch. You’re an ugly bitch. You get it! Sometimes you shout that at the mirror too. But the people who shout it aren’t usually in a governing party.

You’re a person. As someone who put her face to something to humanise it, ironically, you get dehumanised. But you’re a person. Not a campaign. Not a political slogan. Not a belief. A person. You’re funny. You’re annoying. You’re kind. You’re impatient and unreasonable. You’re all of it.

The problem isn’t social media (though not without its issues): it’s entitlement. Unchecked prejudice. It’s those feeling emboldened to attack, supported enough in potentially destructive views that any real-life consequences for their targets mean nothing. It’s stigma, and how we’ve let it go unchallenged, let it masquerade as “sincerely held belief”, even when it evolves into insult or smear.

Some say the problem is you, or others who said “no”. It’s we who have damaged him – not his own words, actions. We are on some crazed feminazi crusade. Is that where we find ourselves? Where this ridiculous cry of “PC gone mad” is the go-to mask for damaging behaviour? So when someone calls into question our good character, there should be no recourse? Then we are closer to the flames than we think.

“Rising above” has let this stuff go on. We’re people. We don’t have to take unprovoked abuse. It’d be a grave mistake to stop people saying what they want (useful to see where darkness lies) but there should be consequences. Abuse tears at us, tears little bits off us, death by a thousand cuts. It’s not curtailing of free speech to say someone should answer for lashing out, or knowingly twisting someone’s words; it whips up ill feeling. And the victim is a person.

You are a person. You might be on telly sometimes, but you don’t know when your next job will be. You aren’t in a party, or a lobby group. You’re a person with a family who doesn’t deserve the ripple-effect of the vitriol any more than you do.

You spoke out about having had an abortion to say “It happened to me. It’s happened to someone you love. It could happen to you,” and now share your experience of what’s happened since you spoke: common questions, myths that need debunking, challenging stigma. Abortion is not an everyday decision, but it happens every day. You still find it difficult to speak about your own, but it’s better than living a lie. Sometimes, you use humour – it’s your job, it helps you heal – but never about the actual decision. Crisis pregnancy was one of the worst things that ever happened to you. You would never hurt hundreds of thousands of others like you by belittling or minimising the experience. But it happened and it happened to you and then you spoke about it.

No one has to like you. But you are a person. No more deserving of respect than them, but no less.