Strictly Come Dancing: how Tristan MacManus caught the dancing bug from his grandparents

Phyllis and Joe McCann, grandparents of the Strictly dancer, put Tristan MacManus through his first steps

Tristan MacManus of ‘Strictly Come Dancing’ takes after his grandparents Joe and Phyllis McCann, who decided to take up dancing when they retired. 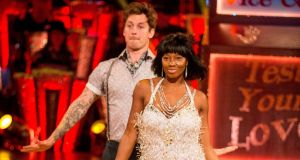 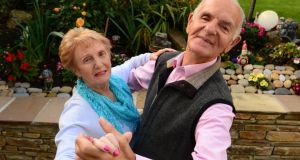 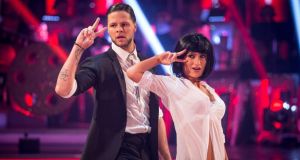 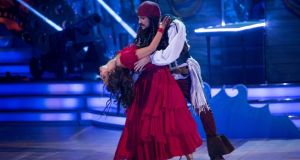 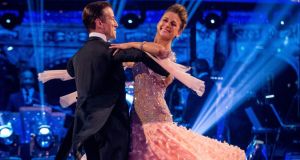 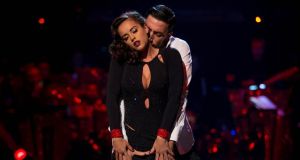 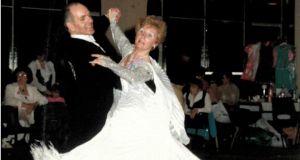 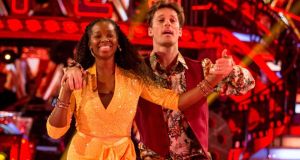 Can 10 million viewers be wrong? In these days of televisual diffusion, with many of us recording programmes to watch at another time, sitting down Gogglebox-style to watch a TV show is a rare event. Yet Strictly Come Dancing, with its sequins, live music and lithe dancers, is still rumbaing its way on to our sets and into our hearts.

Last Saturday Strictly had the floor to itself, sweeping aside the All Blacks’ takedown of France in the Rugby World Cup and ITV’s takedown of The X Factor. Strictly had twice as many viewers, showing that audiences want more dancing than a fleeting haka.

In Ireland, despite the fact that Daniel O’Donnell shuffled off his Strictly coil last weekend, we just can’t get enough of the show. Luckily, we still have Tristan MacManus, the professional dancer from Bray, Co Wicklow. After five series of Dancing With the Stars, the US version of the programme, this is MacManus’s second year on the British show.

In 2014 he stepped on to the dance floor with Jennifer Gibney, Brendan O’Carroll’s wife and Mrs Brown’s Boys costar. This year his partner is Jamelia, the Brummie pop singer and former Voice of Ireland judge. And despite MacManus’s brief encounter with the bottom two earlier in the run, his charleston last Saturday went down like a freshly chilled rosé. “Your best dance with knobs on,” Len Goodman, the head judge, said as the combo waltzed into second place.

It turns out that we have MacManus’s grandparents Phyllis and Joe McCann to thank for his dancing. “I guess when I was younger my dad was away with the Army and my mother was working, so we spent a lot of time with my grandparents,” he has said. “They took us along dancing, myself and my sister. I guess it was just something we did . . . and we stuck with it.”

This weekend the McCanns leave Bray for MacManus’s rented house in England, where they will stay the night. From there they will go to Elstree Studios, just north of London, clutching tickets he has given them.

Earlier this week they invited The Irish Times into their home in Bray, where Phyllis filled the sandwiches with home-cooked turkey. They are both as fit as fiddles and as involved in life as they could be, Phyllis with Bray Active Retirement, Joe doing up his granddaughter’s new home.

Anyone who thinks they can be excused a spin around the floor because of their age should think about the McCanns. “We started to dance when our children were grown. The youngest was 18 and my husband was 50 at the time,” says Phyllis. They are now 82 and 78 – “I’m four years younger than him,” says Phyllis – although neither looks their age.

So is there an upper age limit for dancing? “As long as you can walk,” says Phyllis. She started to go to social dances in Donnybrook, in Dublin, as her children were leaving the nest. “I said to him, ‘Why don’t you come, because they’re short of men?’ They’re always short of men in the dances.”

“Men are so shy,” says Phyllis, who says some of them might think that ballroom dancing is a bit effete. They might like to remind themselves that MacManus got to dance with Pamela Anderson in Dancing With the Stars.

Some men, like MacManus, have two very good feet. He and his father loved soccer, particularly Leeds United. A self-confessed tough tackler, Tristan didn’t tell his soccer mates that he did ballroom dancing. He would tell them that he was doing “something with his grandad”, says Joe. It all went swimmingly until Tristan turned up at school – Coláiste Ráithín in Bray – and his fellow pupils started mimicking ballroom-dancing holds. They had seen Tristan dancing on the television. His secret was out. Tristan’s doctor eventually advised him to keep dancing but to stop the soccer, which was undoubtedly more dangerous, says Joe.

He still goes to play with his friends, though, and there’s no talking him out of it. “My daughter, his mam, Carol, says, ‘Oh, heavens, Tristan, be careful.’ ”

His grandparents may have denied Leeds United a fresh recruit, but they did deliver him to the upper echelons of the ballroom. “His mam and dad were working, so we were available, and when we danced he danced,” says Phyllis. “He came to competitions with us and then he got involved in the competitions himself.”

Did they know he was good? “We could see it,” they say. “The trouble is that when you’re related to someone like that, you only see what you want to see,” says Joe.

As he got older Tristan would add Latin to his dance repertoire. He was 17 when he won an All-Ireland dance contest. Phyllis still remembers his wonderful quickstep.

MacManus will visit Bray when the Strictly season finishes at Christmas, they hope. Then he will return to his home in Australia with his wife, Tahyna Tozzi.

The last time he was in Bray Phyllis got to dance her favourite, a foxtrot, with him. She didn’t know all his steps, but “he is such a good lead I was able to follow him”.

MacManus, meanwhile, is having a blast with Jamelia. “She’s really easy to get on with. I like her a lot. We’ve been having fun,” he has said.

Irish residents can’t vote directly in Strictly Come Dancing, but they can phone relations in Britain and get them to vote.

The McCanns plan to have a great time tonight. “I’m delighted to go and delighted he’s still in it, so even if he gets knocked out this week it doesn’t matter . . . Well, it does matter, of course it does, but to actually see him will be great.”

Strictly Come Dancing is on BBC One at 6.35pm on Saturday

A 10 from Len? Ones to watch With no dancing expertise whatsoever other than watching hours and hours of Strictly Come Dancing, The Irish Times hedges its bets about the final shake-up. Here are four competitors who could make it to the final.

Jay McGuiness Age: 25 Height: 6ft Career: Had 10 top-10 singles with the boyband The Wanted. Fact: Was named sexiest vegetarian by Peta High point: His Pulp Fiction jive Peter Andre Age: 42 Height: 5ft 7in Career: Famous for his six-pack. Married Katie Price, whom he met on I’m a Celebrity . . . Get Me Out of Here! They are now divorced. Married to a 26-year-old doctor, Emily McDonagh Fact: Smells good – if you like your scents by Mr Peter Andre High point: His guyliner as a Pirate of the Carribbean

Katie Derham Age: 45 Height: 5ft 6in Career: Serious broadcaster who worked as a newscaster for ITV before moving to the BBC and the Proms Fact: Was the youngest newscaster on British TV. Was also a talented synchronised swimmer High point: Her sparkling Viennese waltz

The Irish professor involved in introducing European animals to Australia
9