St Teresita and David Cassidy in my bedroom

Family Fortunes: ‘We had to move out of our bedroom and sleep on the floor of our parents’ bedroom when she visited’

Actor and musician David Cassidy has died aged 67, known for television show "The Partridge Family" he also had a string of hits in the 1970s. 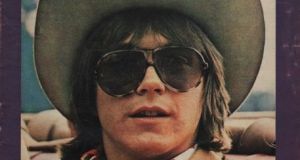 My sister and I shared a double bed over our shop in Killarney. The bed and a dressing table took up most of the room, with the space between the end of the bed and the wall filled by a built-in square wardrobe.

Every second summer my mother’s cousin, who lived in New Jersey since she joined the nuns in North Kerry at 18, came to stay for two nights. She brought rosary beads, holy pictures and a dollar for each of us. More importantly, during her visit, my mother cooked rashers and sausages for breakfast, we had a “sweet” with our dinner and there were Kimberley biscuits for supper. The one drawback was that we had to move out of our bedroom and sleep on the floor of our parents’ bedroom when Sr Teresita visited.

When we were aged 10 and 12, we were infatuated with various pop stars and had plastered the walls of our bedroom with posters. My sister had half the wall space with Slade, Marc Bolan and T-Rex and Donny Osmond. I had his younger brother Jimmy, but my pièce de resistance on the wall over my side of the bed was the three-part poster of David Cassidy of the Partridge Family.

I had bought three weekly issues of Jackie to get his entire body. Week One’s two centre pages were of David’s torso; week two revealed his legs and feet. I very carefully manoeuvred the middle staples of week three so that I wouldn’t damage his beautiful eyes, mouth or nose. I sellotaped his head and shoulders to the rest of his body before pasting him on gently over the flowery wallpaper.

Our mother did broach the suggestion that we might remove some of the posters and replace them with a crucifix before Sr Teresita arrived, but we were adamant. This was not negotiable. It was bad enough being forced to de-camp, without also having to risk any damage to our pop idols.

On her first morning, my mother was at the range in the kitchen frying the rashers when Sr Teresita came downstairs.

“I hope you slept well, Sister,” said my mother.

I can still hear her answer. “Not a wink I’m afraid, Carmel. I couldn’t sleep with all those men looking down at me. I found it hard to say my prayers.”

Irish in New York: City ‘looks and sounds like a war zone’
9