My period was 10 days late. You know what that means in Ireland

I abstained from sex for years, making myself the most Catholic atheist in the country 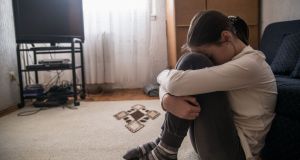 “I was afraid to take the test at home in case it was positive. I could not tell my mother. I didn’t want a baby; couldn’t have one.”

You make poor decisions when you are 18. Not because you are lesser than older people, but because you can’t get everything right on the first try, and in your late teens you have a lot of firsts to try. You are also highly ideological (grey areas usually come later in life), and have a high enough volume of sex hormones coursing through your veins to blind and paralyse a hippopotamus from the waist up.

I came late to things. A precarious upbringing left me nervous of everything, particularly the opposite sex. When I first became involved with a boy, I was 18, trying to hold together the torn edges of the hole blasted in me by my father’s disinterest so people couldn’t see through to the other side, and wholly without good judgement of the character of others.

I did not possess that quality you might identify as self-esteem, and consequently chose to assent to the addresses of the silliest boy in my school year. He was simply 18 and a roaring eejit, and would, as your granny might say “get up on a cracked plate”. Having no model for how men and women interact healthily with one another, I embarked on a bizarre and very unhealthy sort of relationship with him. With my full consent and without his realising, he did as much emotional harm as an adolescent golden retriever let loose in the dining room on Christmas day. It took me far too long to learn that he could not be anything but what he was.

I was too afraid to take the test. Instead, I awoke the next morning to the familiar internal grinding of dull knives

Of course, I had figured this out by the time I sat, crouched and hyperventilating, on the lurid and filthy tiled floor of a public bathroom, a pregnancy test pinched in my small, callow hand. Ten days late. In Ireland, you know what that means. I was afraid to take the test at home in case it was positive. I could not tell my mother. I didn’t want a baby; couldn’t have one. We didn’t have any money; my mother would try to borrow it; the stress would harm her and there was no guarantee she would be able to get it anyway. The boy had left me crushed, but even then, I could see that there was something very wrong with my thought process. I had allowed him to mistreat me. Something in how I thought about human relationships was clearly very wrong. I’d have to fix that. I couldn’t be a mother.

I knew too that I was the worst kind of perhaps pregnant person who would need an abortion. I wasn’t married and unable to afford another child. I wasn’t struck down with the terrible luck of a fatal foetal abnormality. I wasn’t a victim. I had used contraception but no one would believe that. They would think I was reckless, a harlot, and that a lifetime of motherhood was appropriate punishment for losing my virginity (in most dispiriting fashion, I might add) to a complete asshat. That’s Ireland. Or at least, that’s the consequence of trying something for the first time and making a mistake in Ireland.

I was too afraid to take the test. Instead, I awoke the next morning to the familiar internal grinding of dull knives and the low, tiring ebb of menstrual pain. I was just late. It was alright. My fate was mine again, my body my own private object again. The terror on that bathroom floor was so intense that, spurred by it and the lack of trust in my ability to identify and choose good young men, I abstained completely from sex for years, thereby making myself the most Catholic atheist in Ireland.

A couple of weeks ago Irish people and their supporters streamed out onto the streets of Dublin and cities around the world in what I sincerely hope will be our last March for Choice. The Referendum on the Eighth Amendment to our constitution, which places equal right to life on a woman and an entity wholly reliant on that women to actualise its potentiality to full human life, will be next May or June. I often think about what would have happened had things been different on the bathroom floor that day, but I shouldn’t have to.

Hilary Fannin: A trip to Belfast feels like a much longer journey
9

Why is Greta Thunberg so triggering for certain men?
Real news has value SUBSCRIBE