Philosophical questioning can be made child’s play 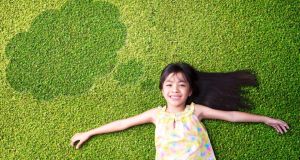 “We should encourage the inquisitiveness of every child, because by asking questions they are learning philosophy.”

I like to think that we are all born philosophers and the world bashes the curiosity out of us. The drudgery of everyday functioning drags us down into a mire of bills, making sure that we eat vegetables and that we look at screens for hours on end. In conditions such as these, what we think tends to reflect what we are told, and what those around us declare to be true. This is precisely how toxic ideas can spread to become dominant thinking – we accept someone else’s bad ideas because we don’t take the time to think independently, ask questions (in an often hostile environment) or form another view.

This isn’t the case when we’re four. At that age, we are all very deep, albeit very small, thinkers. We ask the most fantastic and sensational questions. “What happens to make the potato in the mud?” “Why are children smaller than grown-ups?”

Sadly, parents will often raise their eyes to the clouds in mild and exhausted derision when they tell you that their child is going through the questioning phase. Four- and five-year-olds are often the only people who realise that asking why is always a wise course of action because the answers aren’t obvious. Asking why pushes us to provide good reasons and explanations for both natural phenomena and our own behaviour. It holds us accountable, keeps us humble and ensures the greatest possible proximity to truth.

I once saw a father on a train tell his little son to “Shut up” when the boy asked, staring out the window at a crow drifting with impossible elegance through the air, how birds fly. The man clearly didn’t know the answer. Most of us wouldn’t have an adequate description of the physics of avian flight just nestling in the old mental bank. But the father’s response was the world’s in microcosm – to him, questions were a threat rather than a symbol of his son’s wonderful curiosity about the world.

If you have been discouraged from questioning by someone who insulted or laughed at you for asking what or how or why, you have been done a great disservice by a person who is quite surely stupider than you are. Everything, without exception, should be questioned. Often, the more feathers a question rustles, the closer you’re getting to an important answer.

We should encourage the inquisitiveness of every child, because by asking questions they are learning philosophy. Though excellent organisations such as Philosophy Ireland are making some headway with getting the subject into Irish schools, you can take your child’s philosophical education into your own hands by giving them a book or two and seeing whether they’re interested.

Stellaluna by Janell Cannon is a wonderful book for very small children about a fruit bat who is raised by birds and presumes she too is a bird, but struggles to fit in. Since she lives like a bird, does that make her a bird? The book might spur a conversation with your child about what it means to be different.

Children’s Book of Philosophy (published by DK) for older children (about eight to 12) looks at big questions that naturally occur to children. How do we know whether we are awake or dreaming? Why should we have rules? Is it okay to lie?

Sophie’s World by Jostein Gaarder is a best-selling novel about philosophy and is ideal for teens. Sophie meets a mentor who teaches her about philosophy, and she uses it to understand the mysteries in her own life. It introduces the young reader to the ideas of major philosophers such as Descartes and Spinoza, and the world looks different after you’ve read it.

It’s never too late to get involved in philosophy. As an adult, consider taking a course in your local town or city. If you live in Dublin, consider signing up for the Trinity College philosophy department’s public lecture series, which began on Tuesday this week and which spans 11 lectures. It covers zingers such as whether God exists, whether abortion is morally permissible and whether time travel is possible. You’ll find information on their website. If you can’t attend a course, consider one of the many excellent philosophy podcasts such as Philosophy Bites. It’s never, ever too late to start asking questions.