Passionate about conservation, he was also a meticulous, tactful and perceptive author, generous with his advice and recalled as a delight to work with 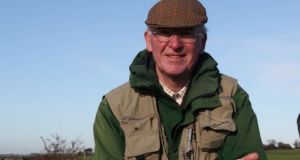 Peter O’Reilly: when researching his four books he gathered information from every lough and river in Ireland going, like a detective, to people in local angling clubs, checking, and then double-checking, his facts

Dr Ken Whelan of Inland Fisheries Ireland (IFI), in a comment this week to The Irish Times about his friend and former colleague, the world-famous angling writer, Peter O’Reilly, who died in December aged 78, described him as “charming, quiet, understated.”

So understated was O’Reilly that he had to be persuaded, with some difficulty, by his English-based publishers, Merlin Unwin, for his books, and Trout and Salmon magazine for his journalism, to write about Ireland’s trout and salmon rivers at all. But once he did, starting with contributions to the latter early in the 1980s, his encyclopaedic knowledge of Irish fisheries gained for him a global following in the English-speaking world.

Merlin Unwin remarked this week, both of the man and his work, that: “Peter O’Reilly was working for the Central Fisheries Board of Ireland and in his spare time writing lengthy Irish river reports for Trout and Salmon magazine when I first got to know him in the early 1980s. He was without doubt the most knowledgeable man in Ireland about the fishing.

“I finally coaxed him to write Loughs of Ireland: a flyfisher’s guide (1987) – the first of his four key books on Irish fishing – followed over the years by Rivers of Ireland (1991), Flies of Ireland (1995) and Flyfishing in Ireland (2000). Peter was the most thorough of researchers, but he always doubted his ability to write a book. This [reflected] his innate modesty.

“His books ran to many editions (Rivers of Ireland is in now its seventh edition.) He was a meticulous, tactful and perceptive author, generous with his fishing and fly-tying advice and, throughout the 35 years of our author/publisher friendship, he was always a delight to work with. Gently spoken but with a deceptively sharp sense of humour and natural good manners, Peter was a joy to know.”

Flyfishing was not, in a formal sense, Peter O’Reilly’s first sporting love. This was Gaelic football, nurtured during his secondary education at St Patrick’s College, Cavan, where he also excelled at athletics. He and some associates formed a local athletics club, but angling became his passion gradually, perhaps influenced by the fact that his father, Patrick, owned a mill on the River Annallee near Maudabawn in Co Cavan, a very good trout and salmon river which he fished from childhood. His mother, Kathleen (née Reilly) was also from the area.

After a first career involved with the running of sports organisations and centres, O’Reilly was recruited as a game angling officer in 1978 to the Central Fisheries Board, (which merged with the Regional Fisheries Boards in 2010 to form IFI). Whelan recalls the effect O’Reilly had on fisheries professionals who observed his work: “it was outstanding; he had a meticulous style of investigation, which carried on a tradition, dating from the early years of the State, when the government published detailed angling guides [to the country’s inland fisheries]. He was also building on a tradition started by Michael Kennedy of the Inland Fisheries Trust who [earlier] had produced angling guides which were very good for their time. What Peter was able to do was to meticulously and thoroughly gather information from every lough and river in Ireland going, like a detective, to people in local angling clubs, checking, and then double-checking, his facts; he was incredibly accurate.”

The result – his four books – were, says Whelan, “very, very important. Nothing came close to them in describing Ireland’s lakes and rivers.”

Fellow game angling officer Paul Bourke, editor of Irish Angling Update for many years from 1989, reported in an Appreciation in the online magazine that O’Reilly, from the late 1980s when his reputation was firmly established, wrote monthly angling updates for Trout and Salmon and that he was “wonderful to fish with and tie flies with.”

O’Reilly was a founder member of the Association of Game Angling Instructors in Ireland, and, an indication of his international standing, a vice president of the Wild Trout Trust in England. He also ran an angling school near his home in Navan, Co Meath, and was a qualified angling instructor in both the US and the UK.

O’Reilly had another international dimension to his work, with Fáilte Ireland after his official retirement in 2005, briefing foreign journalists from around the world on Ireland’s fisheries. Whelan remembers of this that “he was ruthlessly honest; he captivated people. [The visiting journalists] loved him and the amount of information they were able to impart [from O’Reilly] was extraordinary in attracting anglers to Ireland.”

O’Reilly fished with some famous celebrities who enjoy angling, most notably becoming a very close personal friend of former Republic of Ireland soccer manager and famous angling enthusiast, Jack Charlton, staying and fishing with him regularly at Charlton’s cottage on the River Moy, and helping Charlton in latter years to continue his hobby nearer to Charlton’s home in Newcastle-upon-Tyne, angling on the River Tyne and the nearby River Tweed.

O’Reilly is survived by his widow, Rose, née Gaffney, and his son, Patrick. In a moving tribute to her husband this week, Mrs O’Reilly, reflecting his passionate interest in conservation, wrote that “Peter always reminded us that the Earth does not belong to man, man belongs to the Earth. Whatever he does to the web of life he does to himself; man did not weave the web, he is merely a strand in it. All living creatures have a place in the web; it is precious to all. Respect, preserve and protect it; every part is sacred.”

Ross O’Carroll-Kelly: ‘I just shake my head ... The dirty dog. The filthy hypocrite’
9