Pioneering property developer who set the benchmark for quality homes 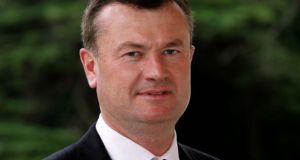 Peter Cosgrave, who died last week aged 59, will be remembered as one of the most influential figures in the property industry during a career that spanned four decades. Working closely with brothers Joe and Mick, he transformed their small family housebuilding firm into the Cosgrave Property Group - a major player in the Dublin residential and commercial landscape - producing offices, hotels and vast housing schemes in key sites across Dublin.

The trio set up Cosgrave Homes in 1979 and quickly built up a reputation for quality housing schemes with stylish flourishes such as landscaped grounds and immaculate show houses that were open seven days a week. Early developments included houses at Farmleigh in Stillorgan, Morehampton Square and Donnybrook Manor. Bigger developments followed, including the Sweepstakes in Ballsbridge and Custom Hall on Gardiner Street, one of the first urban regeneration schemes,which launched in 1992 to the amazement of Gay Byrne who announced on his radio show that apartments had been built on Gardiner Street of all places.

Large suburban schemes such as the Salthill Clearwater Cove apartments in Monkstown followed. In 1998 the brothers restored and converted St Helen’s House in Booterstown into the Radisson Blu St Helen’s hotel, before hitting the headlines again in 1999 with the exclusive Ardilea Wood development of homes in Clonskeagh. The Cosgraves went on to build Gulliver’s Retail Park in Santry, Meridian Point in Greystones, and the George’s Quay office complex on the Liffey in Dublin 2.

In 2004, they acquired the Dún Laoghaire Golf Club lands as part of an ambitious land swap deal , which saw the club’s membership relocate to a new golf course and state-of-the-art club house in Co Wicklow. Over the next decade the Cosgraves, who by now had been joined by their youngest brother Willie, began to plan and build on the golf lands - first with Honey Park and more recently with Cualanor.

From the beginning, Peter’s vision was to build homes that would stand the test of time. Each development carried a stone engraved with the family name and the year it was built. Among the first visitors to any of its schemes would be rival housebuilders keen to see what innovations the Cosgraves had introduced. Few were prepared to invest in the same level of quality.

Peter, who described his wife Oonagh as his best friend, was extremely proud to see his three children, Mark, Andrew and Kelly, set up their own building business in 2013 - the Dublin Loft Company. It has successfully developed apartments in the docklands and is now working on schemes in Smithfield.