Paul Howard’s 44 life lessons, one for each year

The man behind Ross O’Carroll-Kelly turns 44 today. Among his birthday nuggets of wisdom are: not everyone suits a hat and it’s hard to get off a high horse gracefully 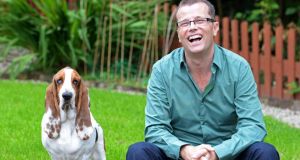 ‘The social contract between humans and dogs might be the best bit of business we have ever done.’ Above: Paul Howard with his basset hound, Humphrey. Photograph: Eric Luke 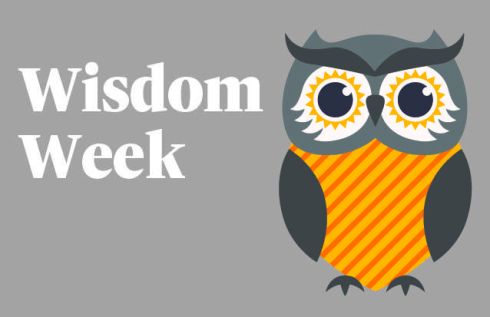 1 Life is like a toilet roll. The closer you get to the end, the faster it seems to disappear.

2 “I don’t know” is the most underrated sentence in the English language.

3 If you can’t dance by the age of 18, you’re probably never going to be able to dance.

4 You can’t make people be who you want them to be. If you don’t like the way they are, then you’re probably with the wrong people.

5 In January 1962, Decca Records turned down the Beatles in favour of Brian Poole and the Tremeloes. That is all anyone needs to know about rejection.

6 The social contract between humans and dogs might be the best bit of business we have ever done.

7 Securitisation means the exact opposite of how it sounds.

8 Most of us find the middle of the road in the end. Mike Tyson is a vegan. Mick Jagger is doing pilates. What makes you think you’re going to be different?

9 A wise man once told me that whenever he falls out with someone, he asks himself would he go to their funeral if they died tomorrow. If the answer is yes, he thinks: what is so wrong that he can deal with them in death and not in life?

10 Not everyone suits a hat.

12 No one has ever sung a song better than Roy Orbison sang Crawling Back.

13 The person in the world I would most like to meet is whoever came up with the idea of putting yellow boxes on roundabouts. I feel I would have a lot to say to that person.

14 I’ve discovered that my mother’s advice to me about DIY – “Do it once and do it right” – can be applied to hundreds of situations, including marriage.

15 About once a week, I find it helps to remember the words of Subh Milis by Séamus Ó Néill. “Bhí subh milis, Ar bhaschrann an dorais, Ach mhúch mé an corraí, Ionam d’éirigh, Mar smaoinigh mé ar an lá, A bheas an baschrann glan, Agus an láimh bheag, Ar iarraidh.” (“There was jam on the door handle, But I suppressed the anger that rose up in me, Because I thought of the day that the door handle would be clean, And the little hand would be gone.”)

17 There comes a point, when you’re staring down the barrel of middle age, when you realise that almost all of the stuff you’ve spent your life amassing is going into a skip when you die. That realisation is very liberating.

18 Never smoking in the first place will save you years of trying to quit.

19 Returning from abroad to discover that someone has put milk and bread in your fridge is to remember how much you missed home while you were away.

20 If everyone stopped to smell the roses, we’d still be waiting for the industrial revolution.

22 Some advice that my grandfather gave to my father, which has served me well in life: “Find out which way the crowd is moving, son, then run like hell in the other direction.”

23 I am forever shocked by how petty I can be in the battle for the elbow rest on an airplane.

25 “Let it breathe” is good advice when it comes to wine, cheese and a great many situations.

26 A cup of tea tastes 40 per cent better if someone else makes it.

27 Sometimes good things come to an end so better things can come to a beginning.

28 A shut mouth gathers no foot.

29 To try to make someone laugh is a very noble ambition.

31 Perfection is something we seek in everyone except ourselves.

32 Money is as relevant to happiness as the stock market news is to a chimpanzee.

33 A doctor told me recently that once you reach the age of 40, you’ve got to start thinking of your body as a vintage car that’s never going to be in factory condition again. All you can do is keep it going as best you can by doing running repairs. Every year I find out how right he was.

34 Arguing with strangers on the internet is like wrestling with a pig on a barnyard floor. No one learns anything and all anyone gets is dirty.

35 This old Irish proverb: “If you lose an hour in the morning, you’ll end up chasing it all day.”

36 Few things give a man as much of a sense of power as catching a fish or poking a fire with a big stick.

37 Nothing bad will ever happen in this country that isn’t terrific news for certain middle-class professionals.

39 If PG Wodehouse and Damon Runyon were the only authors I ever read, I would consider myself well-read.

40 It is hard to get down off a high horse gracefully. I know this better than most.

41 No man over the age of 30 should wear combat trousers.

42 There’s no harm in being embarrassed by the things you did when you were younger. It will save you the trouble of having a midlife crisis later on.

43 It is a healthy thing to take some time out once in a while to laugh at yourself. There’s a good chance you’re more ridiculous than you realise.

44 Yes, it’s brown to live and blue to neutral.