Old Moore’s Almanac showed the instincts of a news hound when it came to predicting what lay ahead for Sacha Baron Cohen (sort of), but was wrong about Zsa Zsa Gábor 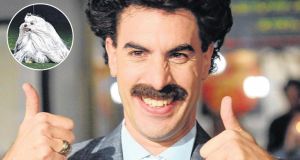 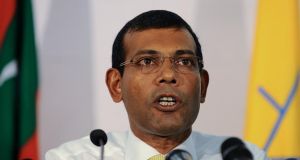 CORRECT: The Maldives were in the news as its first democratically elected president, Mohamed Nasheed, was sentenced to 13 years in jail 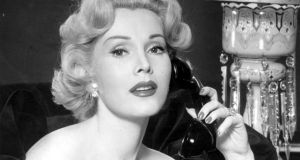 So what did Old Moore’s predictions for March reveal? I think this might be my favourite of the whole year, even though we are still only in March.

‘Sacha Baron Cohen in the news’

The annoying actor (my personal opinion; you’re welcome) was not in the news because of Oscar nominations (none) or more shenanigans on the red carpet (he engaged in puerile flour-bombing at a past awards ceremony).

No, the Sacha Baron Cohen that was in the news has four legs and is female. That would be Cinecitta Sacha Baron Cohen, the white Maltese that won the Best Toy Dog group at Crufts. Crufts, of course, is the canine equivalent of the Oscars. There is no bigger doggy accolade.

The prize- winning Cinecitta Sacha Baron Cohen was one of the seven finalists for Top Dog as Best in Show. Social media loved her, as the canine Sacha moved like a mobile silken floor mop across the ring. “Essentially, a smiling cloud” was one of the Zen-like tweets of admiration. She didn’t win the overall prize, but she behaved a lot better on the green carpet than her human namesake did on the red carpet in the past.

Ladies and gentlemen, Old Moore is a genius. He can even deliver a pun in a prediction. Does the name “Gorse Hill” mean anything to you? What is a hill if not an area of physical geography that goes up and down? There has been no property saga more worthy of the description of soap opera than the Killiney house whose ownership is in dispute.

‘Water stories/water wars in the news’

More demonstrations took place in Dublin and other areas around the country against the imminent water charges. Tens of thousands came to Dublin to protest on a Saturday after St Patrick’s Day. Water charges were again the subject of much discussion in the media and on the airwaves; Joe Duffy’s Liveline was swamped with calls.

‘Maldives in the news’

Yes, that’s true. The first democratically elected president of the Maldives, Mohamed Nasheed, was sentenced to 13 years in jail under dubious circumstances. He was ousted in 2012, for what appear to be murky and highly controversial reasons.

‘The Irish in Australia will be in the news’

That could be the Irish cricket team, who were down under batting in the 2015 Cricket World Cup.

The most I know about cricket is that it is also the name of a small chirping insect that likes hearths, but even this reporter realised that lots of people were getting excited about Ireland’s performances in Australia. We won against Zimbabwe at Hobart by five runs (listen to me). We also lost to India, Pakistan and South Africa, but we’ll always have that win against Zimbabwe.

‘The Netherlands talks about leaving the EU’

Old Moore was slow out of bed that day, and hit the wrong keystrokes when he was typing in the name of the country. The mutterings about departing the EU are emanating from Britain. Should Britain leave the EU, it could apparently cost the country £56 billion a year.

‘Terrorists attack a mall. All malls are considered easy targets and security is reassessed’

There are several predictions for March that, frankly, I’m delighted did not come to pass. Terrorists did not attack a mall anywhere in the world in March. If they had, I think the CIA might have come looking for more information from Old Moore, whom we know resides in Dublin.

‘Zsa Zsa Gábor to pass on’

Also, if I was the actor Zsa Zsa Gábor, who is now 98, I’d be putting a few lively fleas in Old Moore’s ear.

He predicted that she would “pass”, but she’s still very much alive, and hopefully she’s still coming out with zingers; her glorious one-liners are perhaps more memorable than any of her performances. There’s this: “I never hated a man enough to give him his diamonds back.” And this: “I am a marvellous housekeeper. Every time I leave a man, I keep his house.” And this: “Diamonds are a girl’s best friend and dogs are a man’s best friend. Now you know which sex has more sense.”

Our soothsayer must have an excellent nose. Last month Valenti Llagostera from Mas Doix, one of Spain’s leading read wine producers, had this to say at the Decanter Mediterranean Fine Wine Encounter in London: “There is a shortage of grapes. We produce 30,000 bottles of our Les Crestes wine, for example; we would like to produce 60,000 bottles, but the shortage means this is not possible.”

Winemaker Eloi Cedo put it more bluntly at the same event: “There is a fight on for grapes.”

Crack open a glass of something bubbly for that one, Old Moore.

YOU HEARD IT HERE FIRST: OLD MOORE’S PREDICTIONS FOR APRIL

1 Galway city in the news.

2 Another baby for Kimye, although Kanye West’s mental health will decline. He will be ill for several years. Kim will divorce him and marry again quickly.

3 Another baby for Beyoncé.

4 Space X will disclose some fascinating information about Mars. Space X will also be in the news for the first manned flight.

6 Calvin Klein in the news.

8 Spratly Islands in the news.

9 Internet.org in the news.

10 Whatsapp brings in the cash. Virtual and augmented reality are the next big computing platforms.

11 A cyber bank-heist, the first of its kind.

15 Celebrity in rehab and then in an overdose.

16 A Kardashian wedding: it doesn’t last.