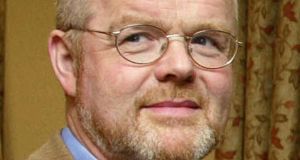 Liam Gavin, who has died at the age of 58, was a highly effective, committed and popular public servant who played a key role in the State’s response to serious flooding events over the past six years on the western seaboard.

Colleagues with Galway County Council paid tribute to him as a “man of integrity and compassion” who was “always trying to find solutions with limited resources” .

When 10 storms in late 2015 contributed to the wettest winter on record, causing serious hardship in western and midland counties, he burned the midnight oil to ensure a swift response to those most in need.

He had worked tirelessly during previous extreme weather events with local authority staff – be it responding to a bog burst leading to a road collapse on the N59 or to a bridge engulfed by a swollen river.

When work would be undertaken to ensure Galway’s key arteries were kept open, he would appear out of the darkness after midnight with a flask and food for the roads staff.

Known as “Lee Lee” to his siblings, he was born and reared in Castlebar, Co Mayo, and studied engineering at what was then University College, Galway. His first in a series of local authority postings was with Carlow County Council, and he worked in Laois and Offaly before being employed by Galway County Council 20 years ago.

During that time, he held senior roles in water services, environment and planning, and his most recent role was as director of services for roads and transport, marine and general services. He was also manager of Tuam Town Council and Tuam Municipal District.

His high academic performance at college was matched on the pitch in both Gaelic football and soccer. As his family recall, he endured a lot of “good hearted banter” from colleagues every September, when hopes were pinned on Mayo’s Gaelic football team winning the All Ireland – last secured in 1951.

He often recalled his good fortune at meeting and marrying his partner, Eileen, 29 years ago, and the couple reared two children, Áine and Tomás. Through his family, he became very involved with Coláiste Iognáid or the “Jes” rowing club and was a familiar figure on the banks of the river Corrib.

Galway County interim manager Kevin Kelly has described him as a highly valued and respected member of his management team, and the “voice of the organisation” on many occasions. He set high standards throughout his career and epitomised the best of public service values.

Colleagues and friends also described him as loyal, approachable, compassionate, sincere, supportive and good-humoured. He was known as a true gentleman with a beaming smile who made time for people, and who managed to get things done, while retaining a rogueish sense of humour. The tributes paid to him across the State sector reflected the esteem in which he was universally held.

Gavin’s sense of duty extended to voluntary work, and indeed it was volunteers trained in first responding – ambulance personnel, gardaí, medical staff and colleagues – who assisted at the time of his death. When councillors gathered with staff to remember him, Cllr Michael “Stroke” Fahy suggested that applause, rather than a minute’s silence, would be most appropriate for such a “man of action”. The response was spontaneous and prolonged.

One of his siblings quoted from Shakespeare’s As You Like It at his burial. “Your gentleness shall force/More than your force/Shall move us to gentleness.”

He is survived by his wife, Eileen, children Áine and Tomás, and siblings Grace (Conneely), Seán, Séamus and Colm.