Never mind the planet, what about Cheryl and Liam? 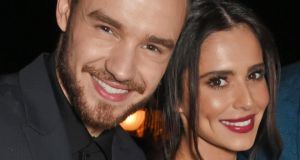 Cheryl and Liam: will they stay together for the sake of Baby, their 11-month-old bear? Photograph: David Benett/Getty/Universal

I was sitting in a traffic jam, listening to the radio, yellow tail lights strung along the road ahead of me like fairy lights. The screenwriter and film director Paul Schrader was talking about the end of the world. Creeping along the clogged lanes, I listened to his dire, clearly articulated speculations: the likely demise of carbon-based life, the possible fusion of man and machine in a deeply unsettling silicon-based future. He spoke of Earth shrugging off humankind, us filthy tenants who have failed in our stewardship of the planet. The man is a compelling speaker.

By the time I finally parked outside my house, Siberian winds were kicking up their heels in my cul-de-sac, felling the crocuses in the front garden and scattering magpies around the place like winged dice. Undeterred, I threw a polar-bear skin over my head and boiled up some snow and ice to make hot, beefy Bovril for sustenance on the five-second trek to my front door.

I finally made it inside, feeling a tad glum. The cat was lolling in front of the fire, sipping a ruby port and scrolling through the celebrity news digest on my laptop.

“Do you have any coping strategies for the paralysing fear one experiences when faced with the grim reality of climate change and the possible extinction of humanity?” I asked her.

“You think you have problems,” she slurred, snapping shut the computer. “I’ve just read some pretty devastating news here, actually. Jennifer Aniston has broken up with whatsisname, that guy she married who wasn’t Brad Pitt. Jennifer is facing rejection yet again, and you come in here bleating on about shagging Armageddon! I don’t suppose you’ve given a single thought to poor, beleaguered Kylie Minogue?”

“What’s wrong with Kylie Minogue? Did she accidentally swallow a carb?”

“Oh, go on, mock,” said the cat. “But I’ll have you know that Kylie’s ‘physical system’ has been ‘compromised’ by her recent break-up with that tall chap with the eyelashes that she was engaged to who is rumoured to have got too close to a Spanish actress that nobody ever heard of.”

“Her physical system has been compromised?”

“Yes, it’s all over social sepia.”

“Whatever. And what about Nas and Nicki Minaj, for crying out loud?”

“Who are Nas and Nicki Minaj?”

“Do you mean rappers?”

“They’ve broken up after seven months of dating,” the cat said. “It just fizzled out. They were never in the same place at the same time, apparently, and I’m talking continents here, not mindsets. According to a close friend of the couple, however, there is no bad blood between them, which is, I suppose, some small consolation.”

“Tough at the top, all right.”

“And that television doctor on Grey’s Anatomy and his wife with the very nice kneecaps? They’re history, too.”

“Wow. There’s an epidemic out there, eh?”

“You better believe it.”

You’re worried about famine and genocide and mass shootings while Cheryl and Liam face an improbable, potentially cataclysmically disastrous future

Here the cat took a ragged inhale of breath, sucking in air between her pearly fangs and quivering whiskers, stretching her mouth wide open as might a hippopotamus basking in a lake of cracked mud. I found myself momentarily transfixed by her gritty little tongue and the thought of all those furballs lodged in her larynx.

“And Cheryl,” she said in a choked whisper.

“What’s wrong with Cheryl? Was she the one who swallowed a carb? Did she swallow Kylie’s carb?”

“I don’t have a good feeling about Cheryl and Liam,” the cat blurted. “I mean, are they going to split or will they stay together for the sake of Baby, their 11-month-old bear?”

“I mean that celebrity unions are being rent asunder day after frosted, snowcapped, Siberian-skied day. And you, you have the gall to stand there in your greasy parka and tell me that you’re worried about boiling seas and melting icecaps, and whales washed up on foreign beaches replete with gullets full of plastic waste! You’re worried about oceans of detritus, and war and famine and genocide and mass shootings, and a gonk in the White House with all the humanity of a beanbag, while Cheryl Cole-Fernandez-Mankini-Now-Just-Tweedy-Again and Liam Payne – of One Direction, no less – are facing an improbable, potentially cataclysmically disastrous future! How can you be so shallow, so devoid of empathy? How can you be so blind?”

I left her to gnash her incisors in peace. Sometimes you just need to know when to back down.