My Obituary: Melissa Hill, a prolific author famous for her twists

A series in which people help to pen their own obituaries while they are still alive. Hill’s motto: ‘You only get one life: either make it chicken shit or chicken salad’ 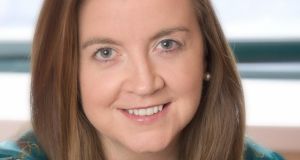 Melissa Hill: Her vivid imagination and ability to focus enabled her to produce 14 contemporary women’s novels in 12 years, the first of which was published by Poolbeg in 2003. Photograph: Peter Orford

Considering that writing delicious romantic fiction was her life, Hill’s cremation ceremony couldn’t have been more stark. There was no music, and only family and close friends attended; she had always detested “sideshow funerals”. A quiet, dignified exit was all she wanted.

The eulogy was short: “The family’s problem solver has been lost.”

One of her earliest childhood memories was going to an adoption centre at the age of four to “pick out” her nine-week-old new baby sister, Amanda. Since it was Christmas, Amanda seemed to her like a doll, although not for long. Four years later, her biological sister Sharon arrived.

Sibling rivalry was inevitable when her parents took pains to explain to Amanda why she was special, but when a bully suggested that Hill’s parents could hand Amanda back, Hill began to wonder if she could be handed back too.

In adulthood, learning to drive was Hill’s greatest struggle, and the probable cause of her demise. Her driving mishaps were legendary in her family, and it was the one thing Hill criticised herself for. Apart from that, she had no regrets. She once declared that she would have done nothing differently in her life. She couldn’t imagine having become anything else but a writer, and her greatest achievements were her daughter, Carrie, born in 2010, and writing books people loved to read. In that order.

Apart from poor driving skills, this conscientious worker who became an international bestselling author had only one bad habit: she didn’t exercise enough, another possible reason for her passing.

Otherwise, she had a practical no-nonsense approach to most things. The quality her family most remembered her for was her ability to remain level-headed in most situations. Her motto was: “You only get one life: either make it chicken shit or chicken salad.”

If she had had a tombstone, this quote may have been apt, although another may have been more appropriate: “Bookish girl who achieved childhood dream of becoming writer and lived that dream with a great husband and daughter by her side.”

Even though she worked full-time in the family online gift delivery business, she had strands of storylines running through her head all day. She wrote “by the seat of her pants” on her laptop in bed, three nights a week, rarely sticking to her outline. Her books were famous for their twists.

Her vivid imagination and ability to focus enabled her to produce 14 contemporary women’s novels in 12 years, the first of which was published by Poolbeg in 2003. In addition, she was co-author, with her husband, of five forensic thrillers under the joint pen-name Casey Hill, featuring the Californian CSI Reilly Steel.

She had no major tragedies in her life until the death of her beloved dog, Horner, in 2015. He had made their house in Wicklow a home, and she wrote that having to put him down due to illness was utterly heartbreaking for her, Kevin and five-year-old Carrie, for whom Horner was a best friend.

Her last Irish romance novel, The Hotel on Mulberry Bay, was partly inspired by a family-run hotel in her home town of Cahir, Co Tipperary, which was wrapped in personal nostalgia. It was there that her family had held all their personal celebrations: christenings, confirmations, birthdays and Hill’s own wedding. She had her first job there as a waitress and also her very first kiss, which she would forever associate with Prince’s Purple Rain.

She added to her novel the secret personal sacrifice of a father, inspired by her own father – her mentor – who, when she was born, sold his prized Beatles album collection to buy her a pram, which he admitted to her only recently.

Missing the joy of seeing her daughter grow up.

Donna Hay: Salty and sweet, the chicken is the star of this show
9

Can I get my block insurance details if I don’t pay my apartment management fees?
Real news has value SUBSCRIBE