A series in which people help to pen their own obituaries. ‘Elva Trill was cast as some extreme characters, but as long as people smiled at the absurdness, she was happy’ 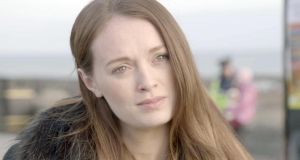 Elva Trill’s advice to others was: ‘The worst thing we can do is stress ourselves out over nonsense’

My Obituary is a column in which people are given the chance to write their own obituaries while they are still alive. Some may be famous, others not so much, and we plan to include self-written obituaries of Irish Times readers who feel up to the task of writing them as a way of reflecting on their lives. Who and what has meant the most to you? What experiences and people changed your life? What would you like to leave behind, be it advice or property? What will people say about you at your funeral?

Each contribution should be 650 words and reflect your own life experience and personality. To be part of the series, email myobituary@irishtimes.com

The word her friends most used to describe Elva Trill was “empathic”, and she would have been satisfied with that description. Apart from her family and friends, mourners at her funeral included her dogs, kitted out in bow ties.

Everyone recalled how ridiculous Elva sounded when speaking to her dogs. It was a series of high-pitched squeals that she always said got the party started. Making people laugh was her greatest gift, cracking her fingers and neck her most annoying trait.

At her funeral, Rammstein performed live – pyrotechnics and all. Till Lindeman, the frontman, had always been welcome to call round for tea anytime.

She was cast as some extreme characters: she was always either in labour, delivering someone else’s baby, dying or possessed. But as long as people smiled at the absurdness of it all, she was happy.

Since actors have so much time off between projects, Elva’s greatest struggle was getting out of her own head and overanalysing everything.

When she was idle, she worried about things she had no control over. And yet her friends and family say that her greatest strength was never being too fazed by what others said or thought of her. She was taught from a young age that nothing is ever black or white when it comes to human beings, and that the people who intentionally or unintentionally hurt others are suffering themselves.

Her advice to others was this: “The worst thing we can do is stress ourselves out over nonsense. Instead of worrying, try to envision already having solved the issue. Easier said than done but it feels better. And eat lots of fish. Many people in their 80s and 90s swear by it.”

Her grandparents were great loves in her life and losing Nan and Matt altered her childhood. Her best childhood memory was of sitting on the mountain of turf her grandparents had in their shed “out the back”, watching the swallows nest in the roof. She would sit for hours staring at them swooping in and out, bringing food to their babies. Growing up as an only child in the west of Ireland, this was for her “the height of excitement”.

Always artistic, her greatest regret is that she didn’t learn an instrument or two as a child. As an adult, she found her brain wouldn’t let her keep two rhythms going at the same time.

Her most embarrassing moment was the time her father caught her with a bunch of sophisticated older French boys on holiday, while she was claiming to be 15. Her father casually leaned in to the table, taking everyone in, and said, “This is no place for a 13-year-old, Elva”.

She leaves behind her mother, Myriam, always her best friend and confidant. Myriam would get a feeling that Elva needed her to call, and nine times out of 10 she was right. She is also mourned by her boyfriend, James, who will stay single for a good while if Myriam has anything to do with it.

While many may like a second chance, Trill always said that she wouldn’t have wanted to do it all over again. She once said: “It would take a lot out of me. I’m looking forward to the rest, to be honest. Better to do it right the first time.”

She would have loved to chat to Anthony Hopkins about his love for Yeats’s poetry; to have her own line of sauces (Paul Newman-style); to write, direct and produce her own film; to have her own family; and to see Conor McGregor “kick ass live”.