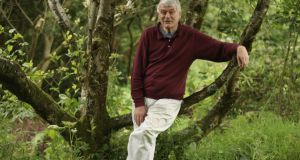 The name Viney sings in my soul with the sandpiper’s peep from marram grass, or the ravens’ overhead conversation, or the curlew’s chirpling beside the lake at evening.

Step one, move back to Mam’s: how Grace Mongey got on the property ladder
Real news has value SUBSCRIBE