Women in Taiwan, Indonesia, South Korea and Japan are entitled to time off when they have their period – but it’s less about liberation than a horror of women’s bodily fluids 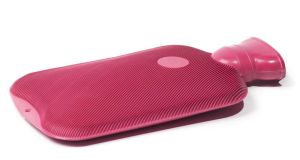 ‘Thanks your for email. I’m out of the office on monthly leave, reclining on a chaise longue with a hot-water bottle, being fed Maltesers by golden-haired eunuchs. I’ll be back in three to five days.”

No, sorry. I can’t quite see it. I’m referring to the debate currently being played out online about whether women in the western world should be entitled to paid “menstrual leave”.

The arguments in favour – summed up first in the Atlantic – point out that such leave already exists in Taiwan, Indonesia, South Korea, Japan and, er, the Nike corporation, where women are given an optional extra day or two of sick leave per month to accommodate their periods.

In Japan, where it has been in existence since 1947, researcher Alice J Dan has written that it has become a symbol of “women’s emancipation . . . a way to speak openly about their bodies and to gain social recognition for their role as workers”.

Afterwards, they are expected to engage in a ceremonial cleansing and return to the office armed with two turtles or two young pigeons. Okay, I’m joking about the animal sacrifices and the eunuchs. But that’s the problem, isn’t it?

I’m all for more openness about menstruation. I’m all for telling your employer you need a day off because you are crippled with period pains, or standing up on your chair and announcing to the office that you’re off out on a tampon run. But the notion that women are so frail we need a whole new category of sick leave to deal with what is for most of us a routine – if irritating – monthly occurrence isn’t emancipating, it’s retrograde and a bit creepy. I can’t help feeling it’s less about liberation than about our deep-seated cultural anxieties about women and their body fluids. (It is also, arguably, unfair on men and menopausal women and people who regularly suffer from, say, debilitating hay fever.)

Menstrual leave isn’t a means of making the workplace more accessible to women – it’s yet another way of keeping us out, reminiscent of a time when women were discouraged from higher education on the basis all that mental strain would divert blood away from their reproductive organs, and cause, as Dr Edward H Clark wrote in Sex in Education in 1873, the uterus to “atrophy.”

Some of the arguments put forward by the Russian parliamentarian, who drafted a 2013 proposal on the introduction of menstrual leave in his own country, suggested that he might have been inclined to invoke the atrophying uterus. “The pain for the fair sex [during their period] is often so intense that it is necessary to call an ambulance,” said Mikhail Degtyaryov. “Strong pain induces heightened fatigue, reduces memory and work competence and leads to colourful expressions of emotional discomfort.”

There you have it. The monthly shedding of the uterine lining is a dangerous social phenomenon, which may even lead “the fair sex” to forget where they put the office stapler, to direct their “colourful expressions of emotional discomfort” at the photocopier, or to besiege emergency departments with pleas for paracetamol and hot chocolate. From here, it’s not much of a leap to decide you might as well not hire the frail little creatures at all: far easier just to send them off into the desert and tell them to be careful to avoid dairy cows, pickles and Vietnamese opium dens for three to five days.

None of this is to take away from the difficulties experienced by the 20 per cent of women who suffer from dysmenorrhoea, which causes debilitatingly painful periods. But surely they can just continue availing of regular sick-leave entitlements, without the need to issue their employer with updates on their uterus?

Time to spare? Eight DIY jobs you can do today
3