Living with OCD: ‘My routines always came first. It could be 4am when I finished’

One in every 33-50 people is affected by obsessive compulsive disorder. Lily Bailey's sinister alter ego convinced her she was a sexual pervert who was killing people and spreading disease. So how did she recover?

Model and writer Lily Bailey recounts how her childhood was tormented by strange thoughts and rituals: diagnosed as Obsessive Compulsive Disorder. (OCD) 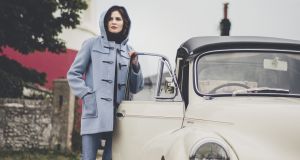 Bailey, who grew up in London, would compile long mental lists of all the things she thought she had done wrong every day, from spreading disease to being a sexual pervert to killing people. 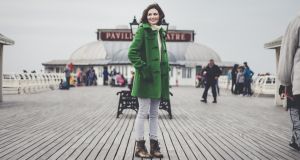 “Mental illness is different for everyone. I am just talking about myself here. I didn’t have the ability to step back from it and say, ‘I’m tired, I’m sad, I need help’, or whatever. I didn’t feel particularly anything. I just went along with it. 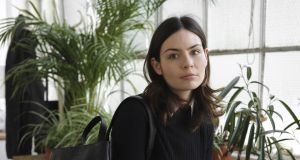 For Bailey, recovery has involved a string of cognitive behavioural and other therapists – one of whom, named in the book as Dr Finch, plays a key role – as well as medication, group sessions and lots of support from family and friends

‘I can’t be sure that I came out of the womb with OCD,” says Lily Bailey. “People always say you can’t have it when you’re a baby – and for most people it comes on in teenage years, or young adulthood. It can also be triggered in later years. There’s a real mix. But I have no living memories of not having it.”

Bailey has written a vivid account of her life with obsessive-compulsive disorder and how she coped – or didn’t cope – following her diagnosis at the age of 13. Bailey, who grew up in London, would compile long mental lists of all the things she thought she had done wrong every day, from spreading disease to being a sexual pervert to killing people.

Bailey’s OCD took the form of an imaginary friend, known only as “she”, whose identity she experienced as inextricably linked to her own, hence the book’s title: Because We Are Bad.

“It was a strange way to grow up,” she says. “And that’s one of the reasons why I didn’t recognise it. People adjust to all sorts of circumstances. It was just my life, and I didn’t realise that it wasn’t normal.”

Some of the behaviours in the book start from a point most of us would recognise as “normal” – then turn the volume up to 11 and beyond.

The prayer Bailey offered up every night at bed-time opened with a common enough request – “Dear God, please protect our family” – only to escalate straight away into: “Please do not let us wake up in the morning and our parents have left. Please do not let the whole world turn to ice, so that we’re the only ones who aren’t frozen and we have to exist forever by ourselves.”

Though Bailey’s intention in writing the memoir is a serious one – she wants to help remove the stigma which, she says, still surrounds a disorder which affects one in every 33-50 people – her lively style and black humour make it, at times, a laugh-out-loud read. (There is, for example, the time her mum throws a Scotch egg at the car windscreen.)

But the circular mazes of thought she describes are, even at second hand, dizzying. Would it be fair to say that living with OCD is exhausting?

“The thing is,” she says, “I was so busy with it that I didn’t have time to be exhausted. I think it was probably a bit like working in a really hard-core banking job or something that requires you to work pretty much all the hours that God sends. People living that life, they get a few hours’ sleep a night and then they get up and do it all over again. And they can do that for years, right up to the moment when they think; ‘I can’t do this any more’.

“Mental illness is different for everyone. I am just talking about myself here. I didn’t have the ability to step back from it and say, ‘I’m tired, I’m sad, I need help’, or whatever. I didn’t feel particularly anything. I just went along with it.

“I had my routine of getting up in the morning, the obsessions came flooding in, I did my compulsions. They were the main thing. Obviously there were other things in my life – family and school and things that I cared about – but the routines always came first, and I gave every ounce of my being to them. So whenever I finished them in the evening – and it could be midnight, or it could be 4am – then it would just be, like, ‘Sleep, sleep, sleep’ for a few hours. And then get up and start it all over again.”

Did she ever have a moment where she thought, “I can’t do this any more”?

“There were two,” she says. “The first time, I was in boarding school. I faked feeling sick, went home, and then I just didn’t get out of bed.”

She got medical help and managed to continue through school and into college. When she came to Dublin to study English at Trinity, everything appeared to be going pretty well – on the surface. She made friends and, from her base in Trinity Hall in Dartry, embarked on a social whirl which involved generous quantities of vodka and late-night partying.

But Bailey’s mental state was deteriorating to crisis level. Convinced she was spreading putrefaction, she rarely used the communal shower. She stopped eating so that she wouldn’t have to use the toilet, surviving on the occasional bowl of Ready Brek. Eventually, she got arrested for stealing a handbag in a nightclub – “I got caught because, rather than bothering to leave, I carried on dancing with it”, she writes – and spent the night in a Garda cell.

On her release she took every pill she could find in an effort to end her life and ended up in a mental hospital. Her parents brought her back to the UK, where she began the long, slow road to recovery. Now 22, she is working as a model and journalist.

It seems like a pretty big turnaround. How did she get into modelling? “Well, I had been approached by agencies when I was younger,” she says. “But I was a geek and I just wanted to do my GCSEs and A-levels. Also, one of the big things I was worried about was being vain. It was one of my Big Three. I had this big issue with avoiding mirrors and compliments and that kind of thing.

“And I just thought, ‘What would be a really good way to kick that in the butt?’ Because that’s part of getting better from OCD; just embracing the things that you fear. And now that I am a model, I realise I’m not vain. I don’t think I’m seriously pretty or anything. I wake up in the morning and I look in the mirror and I go, ‘Ugh, I look like shit’.

“I took this job the other day – a body-painting job. I had to be fully body painted as a robot to represent the over-sexualisation of women in the music industry. Which is just hilarious. Wankerish as hell but also kind of amazing.

“And the reason I accepted the job was not that I was thinking, ‘What do I want to do when I grow up? I want to be a nude robot and have my boobs photographed.’ But I was always worried that I smell bad. What better way to combat that fear than have somebody sitting next to me for, like, six hours painting my naked body? It’s the ultimate exposure therapy, really.”

For Bailey, recovery has involved a string of cognitive behavioural and other therapists – one of whom, named in the book as Dr Finch, plays a key role – as well as medication, group sessions and lots of support from family and friends.

“I’m a lot better, but I’m not completely better,” she says. “I have my group tonight. I still go every two weeks, and I look forward to it. I’ve got lots of friends there and it’s totally amazing.”

If she had one piece of advice for someone who thinks they may have OCD, or who has been diagnosed but feels overwhelmed by their situation, what would it be?

“What I would say, to both, is that getting better is really scary,” she says. “And that’s one of the things that actually stops people from getting better. People drop out of treatment all the time, it’s just so terrifying.

“But staying the same way is also scary. You can take all the drugs in the world, but there’s no quick fix. I know it’s bleak, but what I would probably say is, ‘Sit where you are now and picture the rest of your life living like this’. And if that inspires dread and horror, then there are two options. Scary option number one is: do the therapy. Scary option number two is: stay like you are.

“They’re both scary, but only one has a good result.”

Because We Are Bad: OCD and a Girl Lost in Thought by Lily Bailey is published by Canbury Press