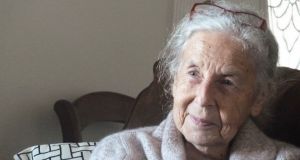 Jennifer Davis, who came to the US from South Africa and helped galvanise the divestment and sanctions campaign to undermine apartheid, died on October 15th in Montclair, New Jersey. She was 85.

Davis, who lived in Washington, suffered a brain haemorrhage while visiting a friend, said her daughter Sandra Davis Horowitz.

For nearly two decades, from 1981 to 2000, Davis was executive director of the American Committee on Africa, a New York-based organisation that brought together diverse opponents of the strict racial segregation imposed by her country’s white regime.

Davis mustered the political and economic power of college students, religious congregations, organised labour and members of corporate, pension fund and philanthropic boards to boycott South African products and unload their stock holdings in US companies profiting from apartheid.

Her approach differed from the principles originally promoted by the Rev Leon H Sullivan and adopted by some US companies in 1977. Those guidelines called for companies with investments in South Africa to treat workers there in the same way they treated workers in the US. She called the guidelines “an exercise in triviality”.

“Jennifer Davis was a brilliant strategist and tactician,” Margaret H Marshall, a South African and former chief justice of the Massachusetts Supreme Judicial Court, said in an email. “She, more than anyone else, designed and nurtured the non-governmental sanctions movement in the United States that kept alive in the public mind the plain ugliness and depravation of apartheid, and lent important psychological and material support to those fighting against the regime in South Africa.”

Davis joined the staff of the Committee on Africa and the Africa Fund in 1967 and succeeded the Rev George M Houser as executive director in 1981. She built a strategic anti-apartheid campaign on a well-defined foundation.

In 1986, Congress passed the Comprehensive Anti-Apartheid Act, which was intended to ban all new trade and investment in South Africa by American companies. President Ronald Reagan vetoed the legislation, but Congress overrode his veto.

Davis helped arrange Nelson Mandela’s visit to the US in 1990, barely four months after he was freed from prison after 27 years in detention for opposing apartheid. In 2011, the South African government awarded her the Order of the Companions of OR Tambo bronze badge, named after the noted anti-apartheid leader.

After leaving the committee, Davis served on the boards of Shared Interest, the Association of Concerned African Scholars and the Washington Office on Africa. She moved to Washington in 2000.

Jennifer Heymann was born on December 15th, 1933, in Johannesburg to Seymour and Friedl (Neumann) Heymann. Her parents had met in Germany, where her father, a native South African, was studying paediatrics and her mother was a pharmacist. They encountered each other while visiting a mutual relative.

The couple married in South Africa, leaving behind rising anti-Semitism in Germany. Davis would later say that the cry “never again” would resonate with her as a call to resist religious and racial oppression everywhere.

She majored in English literature, economics and economic history at the University of Witwatersrand in Johannesburg. Her political coming-of-age was punctuated by an argument with a history teacher. Davis insisted that it mattered which white party won the election – an argument that became so passionate, she remembered, that the ruler she was holding snapped in half.

After college she worked for the millinery union and taught. She married Michael Davis, a lawyer. In addition to their daughter they had a son Mark.

As oppression by the government grew, the family emigrated to New York, where their apartment became a sanctuary for African liberation leaders fleeing the authorities.

Her marriage ended in divorce. In addition to her children, she is survived by five grandchildren; her brother Michael Heymann; and her partner Derek Boyd.