How to quit your job in style 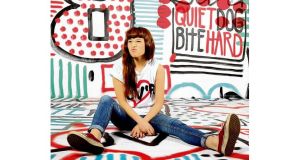 Small Prints:The Pope’s resignation has taken the world by surprise, but did he handle it the right way? Jane Downes, author of The Career Book, and principal coach at the Clearview Coaching Group, offers some advice on quitting effectively – just in case you were thinking about it.

Do it on a Friday:“It buys time over the weekend to think about it, and people are in a better mood on Friday.”

Do it in person:“It has to be in person. No emails or texts.”

Steer clear of too many feelings:“Where resigning can go wrong is when emotions come in. People need to be aware that there might be anger and disappointment, for the boss and the employee.”

Avoid leverage:“You have to be absolutely clear you want to resign, and that you’re not using it to get a counter offer.”

Don’t go into detail:“Give a logical reason without going into too much detail. Reasons like ‘for my own professional development’ work well.”

Tell your closest boss first:“Talk to the person you report directly to, because you need to be fair to that person. They’ll have invested in you the most and know you best.”

Write it down:“Bring a letter with you, a two-liner that tenders your resignation and thanks your employers. It has to be a little formal.”

Pick the right time:“You might need to tip-toe around it for a few days until the time is right. You don’t want to be approaching it when your boss is stressed or having a busy day. But allocate time to it. Don’t do it in passing.”

Plan ahead:“I’m not a believer in resigning without a plan, but sometimes there’s a need to resign. Financially you need to be in a good place in the short- to medium-term to deal with that.”

Get what you want from your resignation:“If you don’t get a reference from your current company, then it’s wasted time. You want to leave with your head held high and your boss thinking ‘fair play’.”

Give good notice:“This is where things can really go pear-shaped. Know what’s in your contract, and be prepared for more time if they really need you; otherwise it can cause friction or resentment.”

Maser: off the streets and on to the rails

For years, Dublin street artist Maser has adorned the city walls with optimistic and colourful art as his street installations, canvasses and prints grew in popularity.

Slogans and uplifting, poetic statements have been key to his work, and this week, in collaboration with stylist Leah Burke, Maser brings his trademark bold buoyancy to T-shirts with the launch of the clothing label Homebird.

“Everyone I suppose has been keen for Maser to do T-shirts because it’s such a good way to translate his art,” says Burke, an old friend of Maser’s – the two previously worked together in the clothing shop Tribe “when we were kids”.

The collaboration declares its influences as those of “love, family, friends, art, music, home”, and expresses them in colourful, enthusiastic designs hand-printed on American Apparel T-shirts.

Burke describes the collaboration – which features slogans such as “quiet dog bite hard” and “luv’r”, along with reappropriated “Guaranteed Irish” symbols and a limited number of Homebird necklaces – as an “organic” one.

“All of the images are hand-rendered, and then we turned them into vectors for the screenprinting. We wanted to keep the whole street-art thing key to what the prints would look like. It’s a positive buzz, which is what Maser is about, and we wanted the T-shirts to be honest and close to what he does with his art.”

Homebird launches at All City Records in Dublin on Thursday evening, and the eight T-shirt designs will go on sale online the following day from homebirdclothing.com.