How to find love online: ‘Behind a screen, you can be bolder, brasher and wittier’ 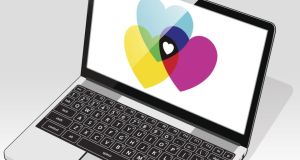 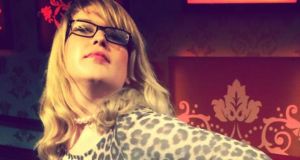 Daisy Buchanan, who will soon marry a man she met on Twitter

There was a fashion in the 1970s and early 1980s when I was a teenager growing up in the US for parents to leave instructional sex books around the house. Whether it was deliberate or not, a lot of us got our information from The Joy of Sex, which depicts two people who look like social workers demonstrating various positions. Helpful? In some ways. There were certain common-sense precautions one learned: only do it with someone who loves you; use contraception; don’t feel guilty.

Today, of course, teenagers get their information online. As a parent, if there were a book I would leave around the house for young people in the online age to see, it would be Daisy Buchanan’s Meeting Your Match: Navigating the Minefield of Online Dating, which is all about negotiating the world of online dating without getting hurt or ending up heartbroken or worse.

It’s also a useful book for parents who know their offspring are doing something online but haven’t a clue what. The book is aimed at those aged 18 and up, but it’s a revelation for anyone who dated in “the olden times” and hasn’t a clue what “swipe left” means and still thinks the NSA is a US security organisation.

Daisy Buchanan is 29 and is about to be married to a fellow she met online.

“Is Daisy Buchanan your real name?” (It can’t be, you will know, if you have read The Great Gatsby.)

“No, I created it when I was writing for a magazine with teen readers and I didn’t want the two areas to get mixed up. I was going into schools and things,” she says.

She started journalism on a university newspaper at York, then got an internship at Bliss magazine, where she was later made staff. She also wrote about sex and relationships in more adult areas in the Guardian and Telegraph, as well as amusing subjects for the Sabotage Times, home to all things football, sex and laddish.

Buchanan is soon to marry comedy writer and author of Letters of Not, Dale Shaw (@MontyBodkin), whom she met three years ago on Twitter, when she was 26. The social-networking site, beloved of media types, isn’t much associated with dating, but Buchanan thinks it’s an ideal spot to meet other singles. And with their wedding planned for October at a yacht club in Greenwich, near the couple’s home, she should know.

Buchanan is a romantic who believes vulnerable lonely hearts need to protect themselves. Her dating book for the digital age has what she believes is probably the most important piece of advice for online dating: “Make sure you don’t blab ‘I’m just around the corner’ the second you’re matched up with someone.”

Use a fake name, an unidentifiable email address and never tell anyone you meet online where you live, she advises. It’s also a good idea to work the buddy system: when you’ve agreed to meet up with someone you’ve met online, get your friend to read the exchanges first, to get an objective second opinion. People have a terrible habit of fantasising about people they’ve met online to the point of turning them into someone they are patently not.

Her own experience of this involved a 35-year-old man from Bristol, when she was in her early 20s. “A second opinion from friends helped me. They were kind about it, saying, ‘However good this guy seems, he might not be as emotionally invested as you are’.”

Good advice, for now she’s with Shaw, whom she grew to know during a long Twitter friendship. “I love him, and love is also about loving what the other person does.”

The advantage of Twitter for meeting a potential mate, she says, is that you see all their exchanges with other people and learn about what they’re really interested in and what their values are. “Having been on the dating sites gave me a sense of how to talk to people online, but I found Twitter quite natural. You get a good sense of who someone thinks they are, what preoccupations they have and what cinema they like.”

Online, it’s easier to fake a profile and present a facade.

“I think we are all deeply vulnerable,” says Buchanan. “It’s real risk online, but in the past people had a more limited sphere from which to choose someone, and when they were disappointed, maybe they never met anyone else. Behind a screen, you can be bolder, brasher, funnier and wittier – and at other times, it’s more awful than meeting someone face to face in the traditional way. Be kind to others online and remember that we are all human. Dating behind the screen, there is more potential for hurt, but more potential for happiness too.”

Coffee and a reality check

Meeting online, then having a coffee with the person and deciding where to go from there is less heartbreaking, she suggests, than meeting someone in a pub, then going on six dates before you realise that you don’t like each other at all.

Two years ago, Buchanan left Bliss to go freelance. “I was terrified at the time, and it’s been both exciting and terrifying since.” She had a book published about Made in Chelsea, which was a compilation of her catch-up blogs about the reality show. She works from home, as does Shaw, so “we’re always laughing. And it’s good to live with another writer who understands what you do.”

Parties and pubs, she adds, are far less a place to meet than they used to be. “Young people are drinking less than ever before. They happily interact around common interests rather than alcohol. Online, you don’t have to drink lots of wine to meet someone.”

SCREENING PROCESS: HOW TO MEET YOUR MATCH ONLINE

According to Daisy Buchanan, you need to be absolutely secure in the knowledge that you are an attractive and interesting romantic proposition.

Be in the right frame of mind before you write your profile, even if it takes a month. Write down 10 things you like about yourself: “Excellent at dancing alone in underwear” is fine.

Be kind to yourself: lots of water, Valerian tea, not too much booze, scented candles, sleep. You need someone who’s going to treat you right, so treat yourself right first.

Your photograph: take it on the beach with a blue sky behind you, and smile with your eyes open and focused. Do not use a photo of you drunk at a party or in some dirty house or office.

There’s no magic formula when it comes to meeting “the one”. Think of it as a computer game with no cheats, no hacks that will enable you to skip 17 levels and grab your prince or princess. You just need to keep plodding through and meeting each challenge with a nod and a giggle. The more people you meet, the more you’ll learn.