How Socrates could save your life

Greek philosophy may be ancient, but it’s a razor-sharp tool for dealing with modern life, says author Jules Evans, who used philosophy as a path out of depression 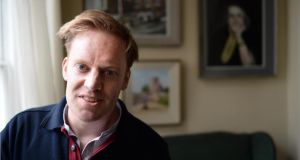 It’s a sunny Saturday in May and up to 60 people have gathered to hear an academic philosopher, an existential analyst and a journalist/writer share their insights into the human condition.

London-based writer Jules Evans begins by telling people about his mental-health decline in his late teens. “About 15 years ago, my friends and I experimented with hash and grass and then with LSD, Ecstasy and amphetamines. We had some great times – spiritually interesting and challenging – but it had bad effects on my friends, triggering a psychotic breakdown in one who was later diagnosed as schizophrenic, and bipolar disorder in another.”

Evans says it didn’t seem to affect him until a few years later, when he was a first-year student studying English literature at Oxford University. “The drugs caught up with me and I started to get panic attacks. It frightened and confused me, and undermined my confidence and I found myself depressed for days and then weeks.” All the way through university, he became increasingly withdrawn and upon graduation had “a mini breakdown”.

Now 34, Evans says his turning point came when he attended a social-anxiety support group in London, which followed a 10-week course in cognitive-behaviour therapy. Not only did it bolster his confidence, it gave him a whole new subject to research as a journalist and writer.

Evans is in Dublin to promote a new edition of his book Philosophy for Life and Other Dangerous Situations (Rider Books, €8.99) and to speak at a day-long Socrates seminar in the United Arts Club. With his open and friendly demeanour, he describes his so-called “street philosophy”, examining how the “four noble truths” of the ancient Greek philosophers can help you to know yourself, change yourself, and create new habits of thinking, feeling and acting so as to have a more flourishing life.

Building character
“The idea of Greek philosophy is to build a character that is morally consistent in different situations at home and at work,” says Evans. He emphasises the importance of creating habits: repeating helpful maxims to yourself aloud, writing a journal to track your progress, putting yourself in new situations, having role models.

The book is the result of five years of autodidactic study into Greek philosophy and how it influenced modern psychology – in particular, cognitive-behaviour therapy (CBT). Evans researched the philosophy of Socrates, Plato, Epictetus, Diogenes, Seneca, Pythagoras and others. He interviewed psychologists, such as Albert Ellis and Aaron Beck, and a range of modern-day characters (an American soldier, an astronaut, a policeman, Occupy London and Climate Camp activists) who drew inspiration from the ancient Greeks to help them through dangerous situations.

“Originally I was just interested in stoics,” he says. “The stoic philosopher Epictetus said that it is not by events but opinions of events that we are formed. The serenity prayer used in Alcoholic Anonymous meetings is similar to the idea of Epictetus’s idea of staying strong. The stoics saw all adversity as training.

“The core idea of Greek philosophy is that our emotions are caused by our beliefs and interpretations, and we can learn to examine how we see the world by bringing our unconscious beliefs and attitudes to consciousness. This is very similar to CBT, which engages us in dialogue about our beliefs using the Socratic method.”

Evans mixes with others who have popularised philosophy, such as author Alain de Botton (founder of the School of Life), and he is the co-organiser of the London Philosophy Club, which now has a membership of about 3,000. He also blogs at philosophyforlife.org.

As policy director of the Centre for History of Emotions at Queen Mary, University of London, Evans has also written about the links between academic and street philosophy, which includes Socrates cafes and philosophy in pubs groups.

However, he is aware of the limits of the modern-day revival of interest in ancient Greek philosophy. “Cognitive behaviour therapy has turned the Greek ideas into an instrumental technique and has dropped the idea of flourishing or the search for meaning in life. How can you steer your life without a direction?” He also writes about the risks of authoritarian leadership and dangerous ethics in organisations such as the School of Economic Science and the Landmark Education Forum.

‘Politics of wellbeing’
Evans is also sceptical about what he calls the “politics of wellbeing”. The President of the European Council Herman Van Rompuy “sent books on positive psychology to 200 world leaders in 2011 and politicians are now talking about national wellbeing scales. I don’t think we can objectively prove the extent people are flourishing on a national wellbeing scale. Most people will always rate themselves about seven on a scale of one to 10.”

He would, however, like to see philosophy taught in schools and views philosophy clubs as a democratic way for people to talk about their ideas of how to live “the good life . . . But I don’t think philosophy can become the basis of new communities in the way Christian churches exist, because the members just don’t care for each other in the same way that people in churches do. This is one of the challenges of secular humanism.”

Currently, he is delving into Christianity. “I’m reviewing the Bible,” he says, not without some self-parody. And he is attending Quaker meetings, reigniting a strand of his Protestant upbringing. Perhaps after all that research into rational thought and controlling the emotions, it’s not surprising to hear his next book may be about music (he plays the drums) and the power it has over us. “I’m also interested in the irrational, myths, symbols and intense emotional experiences.”

Meanwhile, what about that little matter of life and love? In his book, he mentions falling in love on the Camino Francés, the pilgrimage route to Santiago de Compostela. But geographical distance put paid to that.