Ghosts and headless horsemen were a normal part of my childhood

Family Fortunes: At Halloween, I always remember my dad, who used to regale us with thrilling, terrifying stories of spooky goings-on in the Irish countryside 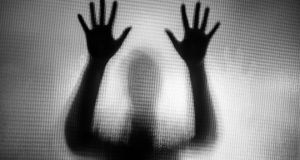 “We heard about the inky blackness of the country nights, where it was impossible to see the hand in front of you.” Photograph: iStock

Ghosts are a big thing in my family. Well, at least they were with my dad. Denis Ivory – my father – was a country lad at heart. His mother – my grandmother – came from Summercove in Kinsale, Co Cork, and his father – my grandfather – was an army officer, from Woodstown in Co Waterford.

All through our childhood my dad regaled us with stories of the countryside of his childhood holidays. We heard about the inky blackness of the country nights, where it was impossible to see the hand in front of you. He terrified us with stories about the horse his father rode which routinely bolted at a certain point along the Waterford road because of an unseen presence which only the animal could sense. He told us of the young cousin who, upon seeing a ghost, became wizened and remained with the face of an old woman to the present day and was still living in Waterford if any of us cared to check it out.

There were stories of the headless horseman who came in the night, driving a chariot, to collect souls. This story invariably finished with my dad exclaiming, “And some say t’was the divil himself,” and he roared with laughter as we shrieked in terror.

Halloween was a simple affair, involving nothing more than an old coat, a mask and the generosity of the neighbours

Family holidays were taken in Kinsale, and as we walked along the lower road in Scilly on the way to Summercove, the site of the old family home, Dad told us about the White Lady who haunted Charles Fort and the general area and who was regularly to be seen on a summer’s night by unsuspecting passersby. The result of this was that the one year we rented an ancient three-storey property on the waterfront in Scilly where the toilet was on the ground level, my siblings and I were too terrified to visit it in the night. By necessity, a solution involving a bucket was eventually found.

I have the fondest memories even in adulthood of frequenting a cosy little pub on Scilly where we told ghost stories long into the night.

Halloween in my own childhood was a simple affair, involving nothing more than an old coat, a mask and the generosity of the neighbours, which usually didn’t extend beyond apples and a few nuts. Although I do remember one friend’s mother really pushed the boat out and held a seance for us children, which, with the aid of a string and a skeleton, scared us for years to come.

My dad died 15 years ago but I remember him more than ever at this time of year as we approach the feast of Samhain. Maybe the inky blackness he spoke of was just lack of electricity. And maybe the horse bolted because there was a badger on the road. And the eerie cry of the banshee? Well now that I, a city dweller, regularly hear that sound myself at night, I realise it’s just a fox.

But then again, maybe it’s not.