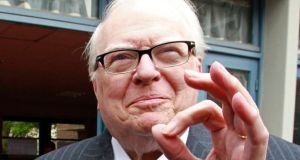 Pierre Mauroy, who has died aged 84, was France’s first socialist prime minister under the Fifth Republic introduced by Charles de Gaulle. When François Mitterrand was elected president in May 1981, he put Mauroy at the head of a government intent on radical social reform. Though his tenure lasted just three years, he remained a significant figure in the French Socialist Party (PS) for the rest of his life.

Mauroy’s trade union background and old-fashioned socialism did much to underpin Mitterrand’s credibility during the latter’s presidential campaign. The new government trimmed the working week from 40 hours to 39, lowered the retirement age to 60, introduced a fifth week of paid holiday, improved workers’ rights, raised welfare benefits and abolished the death penalty.

Socialist from north
His base was in the north, an area where socialism was strong, and he was mayor of the textile city of Lille from 1973 to 2001. Though he opposed Mitterrand over his alliance with the Communist Party, he was nevertheless appointed prime minister after Mitterrand’s presidential victory over Valéry Giscard d’Estaing.

By 1982-83, revised budgets and austerity measures proved necessary, and in July 1984 Mitterrand sacked Mauroy during the crisis over private – that is to say, Catholic – schools. In his election manifesto, Mitterrand had promised a unified, secular education system. When rightwing activists and the clergy took to the Paris streets, he backtracked, and Mauroy was replaced by Laurent Fabius, currently France’s foreign minister.

Mitterrand sought to adapt French socialism to new, technocratic values: he saw Mauroy as representing the working-class northern mining communities at a time when the mines were being dismantled.

Political dinosaur
Many younger socialists viewed him as a political dinosaur, and in public he was indeed a rhetorical speechmaker of the old school. Nonetheless, the bluff public speaker also produced several books on political theory.

Born into a family of seven children in Cartignies, near the Belgian border, Mauroy was a teacher, like his father; his grandfather had been a woodcutter. By 1950 he was the national secretary of the Young Socialists. Five years later he became secretary general of a teachers’ union.

After his time as the PS’s first secretary, Mauroy was president of the Socialist International (1992-99) and a member of the senate. He also remained closely involved with Lille.

It suffered from the recession of the 1970s, but was helped by the link with Britain via the Channel Tunnel, opened in 1994. Mauroy ensured the renovation of much of its old town, respecting the original Flemish architecture while modernising interiors.

He was succeeded as mayor of the city in 1981 by the current first secretary of the PS, Jacques Delors’s daughter Martine Aubry.

He is survived by his wife, Gilberte, and their son, Fabien.