‘Derek Davis could have been with me on Lough Sheelin today, waiting for the mayfly to rise’

Always open about his struggles with obesity, Davis had over the past year lost a third of his body weight 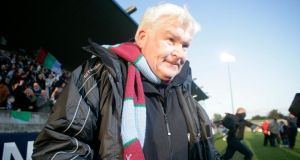 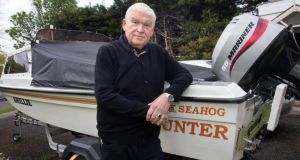 Derek Davis had lost a third of his body weight over the past 10 months following gastric surgery. Photograph: Tony Gavin/Sunday Independent

“Derek Davis could well have been with me on the boat on Lough Sheelin today, waiting for the mayfly to rise,” said Derek Evans, friend and fellow fisherman with Davis for 30 years.

If he hadn’t died on Wednesday following a bleed on the brain, Davis was likely to have been sitting quietly on the lake, with his usual intense focus.

Speaking from the lake, Mr Evans said he and Davis had planned several fishing expeditions and fishing events in Ireland over the coming summer and that Davis’s favourite haunt was the Dennehy family’s tuna-fishing operation in Puerto Rico. Davis always brought Clonakilty black pudding to the Dennehys, who had emigrated from Cork in 1968.

Just a week or so before he died, Davis (67) had joined Mr Evans trout-fishing at Annamoe, Co Wicklow, where he had “got the biggest fish, but was also proud not to be the biggest angler there”, Evans said. “He had lost so much weight” – 100lbs – “and was in and out of hospital over the past year. It’s extremely sad that he didn’t get a long spell since his retirement to enjoy a relaxing life.”

Always open about his struggles with obesity, Davis had lost a third of his body weight over the past 10 months following gastric surgery last July. Ironically, his final broadcasting appearance, last Sunday, was to take part in a panel discussion on obesity on RTÉ Radio 1.

Davis, who grew up in Bangor, Co Down, confessed to be “getting angry” in reaction to another panellist’s suggestion that parents of fat babies and children were guilty of child abuse.

Davis, who was a chubby baby and a teenager large enough to work as a bouncer, struggled all his life with his weight, reaching 24 stone at his heaviest.

Davis stated firmly that the causes of obesity were not fully known and were not necessarily lack of self-control or moral failing, despite the shame and blame directed towards overweight people. His doctor, Professor Carel le Roux, had suggested to him that a lifelong weight issue such as his could be due to a lack of a satiation hormone and referred him on to surgeon Ollie McAnena in Galway.

He had no time for the “fat guilt” induced by the diet industry, where some experts were “charlatans and snake-oil salesmen”.

This was his last public statement. He was dead 48 hours later.

“He was looking wonderful when I had a meal with him recently. We had a lot in common, both loving being out in the wild and being grandparents,” said Thelma Mansfield, who was his TV co-presenter for 12 years on Live at 3.

Davis said he had developed his large, ebullient “persona” to match his size. However, Mansfield saw a gentler, more sensitive side. “He was a very tender, caring person who was prepared to listen – a perfect companion for a woman. It was a terribly happy partnership. But my worst sorrow is for his wife, Una, and his three sons.”

RTÉ director general Noel Curran said: “Davis was a hugely popular man, full of humour and warmth and one of the most versatile presenters RTÉ has seen. At heart he was always a journalist.”

Former colleague and friend Colm Connolly recalled Davis’s “brilliance” and well-researched quips, but the underneath the persona “he was the epitome of kindness with never a bad word to say about anyone”.

Anthony O’Gara, executive chair of the Rose of Tralee festival, extended his sympathy to the family and recalled that Davis had presented the Rose of Tralee in 1995 and 1996, having been called in at short notice to replace Gay Byrne.