The children of Chinese government officials and business tycoons are flaunting their parents’ huge wealth, getting into trouble and getting away with it 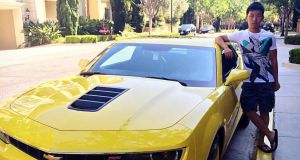 Life in the fast lane: “Some of the ‘fuerdai’ have a crush on the life of luxury ... they drive Bentley, Maserati, Porsche and so on” 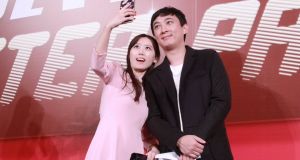 When news broke online that Wang Sicong, son of Wang Jianlin, China’s richest man, had spent €350,000 in a single night at a karaoke bar in Beijing, people were outraged at the latest example of bad behaviour by the fuerdai, or second-generation rich, the children of government officials or business tycoons, widely despised for their wastrel ways.

No one was surprised: bad behaviour by the fuerdai has become a regular occurrence. Born with silver chopsticks in their mouths, the rich kids like to show off their wealth on social media such as on the microblogging website Sina Weibo. And when they get into trouble – an alarming number seem to crash their cars – they hide behind their parents’ money or influence.

Wang Sicong, whose father is the head of property giant Dalian Wanda and who is reckoned to be worth about €13 billion, previously made headlines by posting pictures on social media of his husky, Keke, wearing two gold Apple watches worth about $20,000 (€17,900).

The 28-year-old also caused a stir at a charity auction on Valentine’s Day when he said his main requirement when choosing a girlfriend was that she should be “buxom”.

While Wang snr is widely admired for his cunning, ambition and success, his son is resented as a tuhao, or nouveau riche, with no class.

It is not just the private sector. In 2012, Ling Gu, son of former president Hu Jintao’s one-time chief-of-staff Ling Jihua, died in a Ferrari crash, along with two half-naked young women. The incident destroyed Ling Jihua’s career, and last year he was arrested on corruption charges.

The reaction online to these antics is generally outrage at the level of arrogance shown, tinged with a certain envy at the kind of lifestyles that these young people are able to afford.

The fascination also stems from the fact that this is the first generation in which the sons and daughters have something to inherit. Private businesses did not exist in China during the planned-economy era that ran from the foundation of the People’s Republic of China in 1949 until the late 1970s, when Deng Xiaoping issued the rallying cry “To get rich is glorious” and private enterprises started to pop up around the country.

They are also the products of the one-child policy of population control, doted upon by their parents and relatives in ways unseen in previous generations.

Guan Guan is a 23-year-old from Chengdu in Sichuan province who is immensely wealthy. His father owns an advertising agency and his mother is an antiques dealer. He gets tired of being lumped in with the obnoxious fuerdai – he himself is allergic to alcohol and is not interested in nightclubs or karaoke.

However, he believes that the criticism is often overdone.

“I hear all the criticism of fuerdai, but in my view, they are similar to any group of people, incorporating both talented elites and money-burning layabouts,” he says.

He is happy that he doesn’t fit the mould of the traditional fuerdai.

“Sometimes I have to go to events, like KTV [karaoke] and it’s a chore. I tend to sing when I’m at karaoke rather than do drinks, and I don’t pay attention to other people talking about clothing brands, where they’ve travelled to, which hotels they’ve been to and what kind of car they drive,” Guan says.

Guan’s degree subject is art – he graduated from the prestigious Central Academy of Fine Arts in Beijing – and he is studying to get his master’s degree in London. He is about to do a three-month internship at a famous art studio in New York, where his family owns an apartment.

Property ownership in New York, Los Angeles, Sydney, London and Tokyo is common among the fuerdai. The idea of buying property outright, or buying a freehold, and not just leasing it for a maximum of 70 years, which is the rule in China, is incredibly important to the new rich, as it means that wealth can be passed on.

“Maybe the reason why the fuerdai show off their wealth the whole time and don’t respect people is that their parents don’t have time to educate them. The fuerdai I know are great, they don’t waste money and they are extremely polite to other people,” he says.

Travel is his hobby and he has just been travelling with friends to Las Vegas.

“Some of my classmates go to college in a luxury sports car, but I like to take the subway, because it’s very convenient. I don’t own a car, because I travel a lot, but I borrow my parents’ car when I go home,” Guan says.

One requirement that parents do seem to make of their fuerdai children is they get an overseas education.

This is not unique to the fuerdai: Chinese president Xi Jinping’s daughter Xi Mingze studied at Harvard, but she kept a low profile, whereas many of the overseas Chinese in places like southern California do anything but. There are about 235,000 students from mainland China studying at US high schools and universities.

The fuerdai have also become so prominent on social media that Xi has called for greater efforts to “guide the younger generation of private enterprise owners to think where their money comes from and live a positive life”.

Last year, scores of children of billionaires in Fujian in southeast China attended a special training session “to raise their awareness of social responsibility and patriotism”.

Jackie is from Tianjin and his parents own a shopping mall selling electronic goods in Hebei province. They also own property.

He is currently studying for his master’s in computing in southern California. He drives a €45,000 Chevrolet Camaro and, after cars, his passion is food.

“I love to go to restaurants. The most expensive one is a restaurant with three Michelin stars where I spend more than $3,000 (€2,684) for a dinner. That’s really fantastic. I enjoyed the traditional French cooking for three hours,” he says.

“Some of the fuerdai have a crush on the life of luxury, went to US universities and, because of the one-child policy, are single children who are spoiled rotten. They drive Bentley, Maserati, Porsche and so on.”

A big deal among the fuerdai in southern California is customising their incredibly expensive cars: one Vocativ video on YouTube shows a meeting of fuerdai in the San Gabriel Valley talking about getting their cars coated in glossy vinyl.

“The fuerdai are really interested in modifying the cars and this is just money-burning, it costs thousands. They also like to talk about clothes; they love brands such as Gucci, Parade, Louis Vuitton, Chanel, Versace, these luxury brands are very common. Some fuerdai even wear these clothes when studying,” Jackie says.

“At bars and parties they will order a table for $5,000, shared by seven to eight people. They always talk about who bought a new car, which brand sold the latest clothes, and which star is playing next.”

The other kind of fuerdai are more discreet.

“I think they hide deeply. You can’t tell whether he or she is fuerdai just by their clothes or cars. Even though they wear some luxury brands, they have their own taste and don’t follow the trend. Their cars are regular BMW and Mercedes-Benz, and they study very hard. Many of them have their own business,” Jackie says.

“One of my friend’s friends, he just wears Uniqlo clothes and drives a very ordinary BMW. However, his family wealth is as much as several billion yuan,” he says.

“If you don’t have money, you can’t stay with this group, because of the amount they spend. I like driving cars, but if I had just a normal car, I couldn’t drive with this group.”

There have been questions too about the suitability of the fuerdai to take over their parents’ businesses. There have been some succession problems with big companies in the past few years.

Jackie, however, is confident that he will take over his parent’s business.

“I discussed it with my parents. Taking into account their 20-year business, I think I’m responsible enough to take it over. Nonetheless, my parents hope I can get into a new industry and have my own business. My dream is to open an internet company in the future. I want to do something for myself,” he says.

Wang Sicong’s father, Wang Jianlin, has not yet said whether he will let his son take over Wanda. The son enjoys some success with his private equity firm, Prometheus Capital, and he runs his own electronic gaming firm called Invictus.

Wang snr and Wang jnr are said to have a fractious relationship, and the father has hinted that he may give most of his empire away and focus on his dream of building up China’s soccer team if his son does not shape up.

“If he can make himself accepted by everyone in the next five to eight years, he will succeed me; if he doesn’t have that ability, he won’t,” Wang snr says.

Róisín Ingle: My sister Rachael dropped me at that London clinic in a black taxi
9