Benedictine priest who wrote books on both crime and spirituality 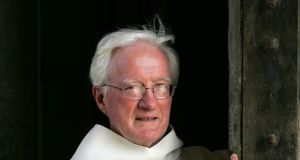 The brief but colourful legal experience of Andrew Nugent, who has died aged 78, and his later experience as a priest provided him with tangible material for his later career as a crime novelist.

He began writing books only in his 60s, after years writing scholarly articles in various weighty journals. This output led Dr JG McGarry, founding editor of the Furrow magazine, to name him as the best non-professional theologian in Ireland.

Nugent’s four novels give a coded history of his life. His exploits as a trial lawyer before he became a priest provide the background to Four Courts Murder (2005). He spent 10 years in Nigeria, which inspired Second Burial for a Black Prince (2007). The decades spent in boys’ boarding schools allowed him to write Soul Murder (2009) and his fourth and last novel, 1968: Memoir and Murder (2014), had its origins in four years of study in Strasbourg.

Interviewed by Martin Doyle in The Irish Times in October 2014, Nugent was asked what being a writer had taught him. He replied: “To have respect for what other people write – I hope.”

He then joined the Benedictine monastery at Glenstal Abbey in 1961 and was ordained on August 25th, 1968.

From 1964 to 1968 he studied theology at the University of Strasbourg. Here he was greatly influenced by the patristics scholar Antoine Chavasse, who sparked his lifelong interest in early monastic literature and theology. Encounters during a hitchhiking holiday while a student provided the inspiration for 1968: Memoir and Murder.

Returning to Glenstal Abbey, Nugent was a housemaster and teacher in the school for most of his life, and eventually became headmaster from 1980 to 1985.

An accomplished francophone, Nugent returned to France annually to lead a cycling tour with the fourth-year school students. He led 18 of these legendary sorties between 1970 and 1993.

From 1993 to 2000 he served there as bursar and novice master, inculcating in his students a love for the monastic tradition and particularly for the literature of the Desert Fathers.

He also assisted with pastoral work in the surrounding area and developed strong friendships with many local people, as well as the remaining Irish missionaries and members of other Nigerian monastic communities.

Upon his return to Glenstal in 2000, Nugent served as the community’s prior from 2002 until 2007. He was heavily involved in promoting and maintaining the Glenstal Old Boys Society, and this work allowed him to keep up and to develop connections with the ever expanding network of former students.

In addition to his novels, Nugent wrote two nonfiction books, both on spirituality. The Slow-Release Miracle (2006) “contains pretty well all that I know about the spiritual life, where we are all slow learners”.

His last book, published in 2015, was Do You Believe? The Challenge of an Easter Faith. Andrew Nugent’s life, in its many aspects, was a spirited response to this challenge.