Accomplished scientist with a strong sense of humanity 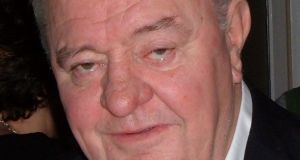 Prof Matthew F McCarthy, Emeritus Professor of mathematical physics in NUI Galway and former registrar, was an accomplished scientist with a strong sense of humanity.

He was born in Cork on November 19th, 1938 to Daniel and Margaret McCarthy. He received his primary and secondary education, through Irish, at the North Monastery CBS in Cork. He entered UCC in 1957 having obtained first place in both the entrance scholarship examination and civil service junior executive officer competition. He graduated with a BSc in 1960 and MSc in 1962, both in maths and physics, under the guidance of Prof Patrick Quinlan.

He completed a PhD in continuum mechanics in 1965 in Nottingham. In 1965 he joined the mathematical physics department in UCG. As a member of a two-person department working in a new research area he felt it was vital to establish strategic alliances at an international level. This resulted in him carrying out collaborative research in US universities, including Princeton, Johns Hopkins, Cornell, Berkley, Rice, as well as Sandia and Los Alamos National Laboratories, IBM Watson Research Center and Bell Laboratories.

He served as dean of the science faculty from 1974 to 1980, during which period he was founding chairman of the school of marine science, precursor to the Martin Ryan Institute. He served on the board of the National Council of Education Awards from 1972 to 1982. During this time he proposed to the science faculty in UCG that a transfer mechanism be established whereby credit should be given for NCEA qualifications. The first such transfer from an RTC took place in UCG in the mid 1970s and the student in question was subsequently awarded a PhD, an outcome in which he took particular pride.

Appointed registrar and deputy president of UCG in 1992, this was the first time that the registrar’s position was fulltime. The brief was wide, with responsibility for all academic resources and examinations.

He worked tirelessly to put processes in place to ensure that resources were allocated based on facts and requirements and ultimately allocated in an equitable manner, while also working with the HEA to ensure UCG received its fair share of funding. He had a desire to promote and reward people based on merit, achievement and academic capability. He worked to ensure that processes were implemented so that this took place.

Described as a hard taskmaster who took no prisoners, when going to a meeting he would have expected all to have read the brief thoroughly. However, he also had a huge sense of humanity. It was when people found themselves in very trying personal circumstances that he offered support in a quiet and unassuming manner.

Outside of work he pursued many interests. First and foremost was his family. In 1967 he married Celia Corbett and they went on to have four children. He was a keen gardener and cook, also an avid reader with a strong bias towards Irish and American politics.

He died peacefully on March 16th, after a short illness, and is survived by his wife Celia, his children Maeve, Brian, Roisin and Brendan and six grandchildren.