A dystopian future where women are playthings 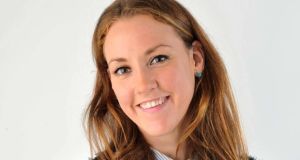 Louise O’Neill: ‘I’ve noticed that there are teenage girls with 3,000 photos of themselves on Facebook. We’re constantly consuming ourselves: is this image me?’ Photograph: Denis Minihane

In 2010, Louise O’Neill got her dream job. Having graduated from Trinity with a degree in English and completed a postgraduate course in fashion buying at DIT, she began working at Elle in New York as assistant to the magazine’s style director, Kate Lanphear.

O’Neill’s new boss was great and she loved the job, but after a while she realised she didn’t love it enough. “It was amazing,” she says. But it was tough. “You have to be obsessive and passionate about it, because the pay is really bad and there are very long hours. If you love something you don’t care about that, but I didn’t feel inspired or creatively fulfilled doing it.”

So she came home to Clonakilty. It was the first time since she began college that she didn’t have a concrete plan, but she knew she wanted to be a writer. And she knew what she wanted to write about.

“The fashion industry by its nature treats women and women’s bodies as commodities – how does this model look, what are her waist measurements,” she says. It was impossible to avoid “that emphasis on physical beauty and thinness, especially as I have a history of an eating disorder, so it probably wasn’t the healthiest environment to be in. I just felt really weary, really tired, and the image of the School came to me. The commodification of the female body was the central tenet of it.”

The school in question is the setting of Only Ever Yours, O’Neill’s gripping debut novel. It’s set in a terrifying future in which girls are brought up in schools where they are prepared for the only three options available to women: a companion, or totally submissive wife, to a man their own age; a concubine, who will spend her life sexually servicing men; or a chastity, who will teach the next generation of girls.

Cut off from the outside world and forbidden to learn how to read, the girls spend their classes obsessively controlling their appearance and comparing themselves with their classmates. We see the school through the eyes of Freida, whose time at the school is almost at an end, and whose one real friendship seems to be falling to pieces. Only the 10 most perfect girls will be chosen as companions, and Freida is terrified that she won’t be one of them.

Like all the best dystopias, Only Ever Yours is really about the world we live in now. Almost every surface of the school is mirrored, so even when the girls aren’t looking at their own and others’ pictures online or taking photos of themselves, they are presented with their own image.

“That’s something I feel so passionate about,” says O’Neill. “Having had anorexia, it’s about a constant external focus. It’s always: what do I weigh? What size jeans do I fit into? It’s never about how healthy I feel, how much energy do I have. It’s always external markers.

“I love Twitter and I’m active on social media, but I’ve noticed that there are teenage girls with 3,000 photos of themselves on Facebook, ” she says. “We’re constantly consuming ourselves: is this image me? Is this image me? Is this what I am? It’s not an internal process. There’s a line in the book [when Freida thinks], I am an identity cannibal. That really resonated with me because we’re constantly consuming this external picture of ourselves. It’s all about how we appear to others rather than how we feel about ourselves.”

O’Neill wondered if the market for dystopian fiction was saturated, but she believes that its explicitly feminist content is what made agents and publishers interested. She first encountered the word “feminist” when, aged 15, a teacher gave her a copy of one of the most convincingly terrifying dystopian novels ever written, Margaret Atwood’s The Handmaid’s Tale. She feels that the recent explosion of feminist blogs and books has encouraged an appetite for explicitly feminist media, and throughout the novel she explores how the messages we receive about women, race, beauty and self-worth shape our consciousness.

One literary agent who read the book told O’Neill that she was slightly irritated by Freida. “[She] wanted her to have more pluck, like a Katniss [from The Hunger Games] sort of a figure,” says O’Neill. “And I wanted to say, ‘Freida’s been systematically abused since birth. There’s no way that she’d even have the vocabulary to formulate any sort of fight against the system.’ I think that’s the case for lot of women. I know that some of my friends blindly accept ideas about women – like, of course I’ll change my name, and of course women are bitchy and men are better at DIY. But if you don’t know there are other options, what else are you going to think?”

O’Neill doesn’t pretend to be a perfect feminist. “But if you constantly question things, and ask whether what you believe comes from the culture that you grow up in and the result of consuming the media every day for 29 years, then you can make a conscious decision that you’re not going to accept it,” she says.

“I think that’s why I wrote the book. I would love 16-year-olds to read it and think maybe what they’ve been told about the way women have to be and act isn’t 100 per cent true.”

Only Ever Yours is published on July 3rd by Quercus, £7.99

Róisín Ingle: Even Matt Damon has fecked off back home
8