Aisling Mannion, a speech therapist, and pharmacist Darragh Connaughton, both from Roscommon, had lots of mutual friends but until they met in a Dublin pub in December 2011 , “we’d never said two words to each other”, says Aisling, laughing. “I wasn’t into it, but he was following me around the whole night.”

That changed after a few Christmas nights out at home. Darragh drove her back to Dublin and they had their first date in Salamanca Restaurant. 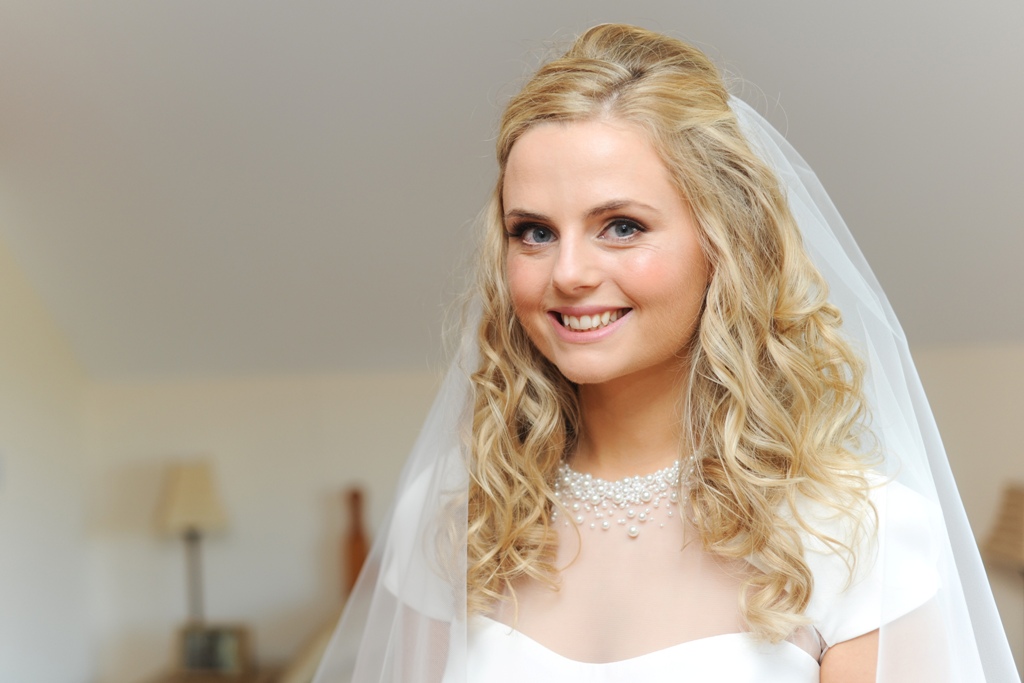 During a holiday to Malta in October 2013, Darragh proposed, but they kept their plans secret. “When we arrived home we drove around to our parents’ and sibling’s houses to tell them . . . a 500km round trip,” Aisling says.

On the morning of the wedding, November 8th, 2014, the groom sent the bride a pearl bracelet from Tiffany’s – to match the detail on her dress – along with a letter.

Still, Aisling admits, “I was a bundle of nerves . . . I think it was the enormity of walking down the aisle. I was so glad to have my bridesmaids, sisters and mum there to help me keep my cool.”

And her close friend Emmet Leddy. He arrived at the Mannion house in a 1971 Rover – playing Chapel of Love by The Dixie Cups – to drive the bride and her mum, Margaret, the short distance to the Sacred Heart Church in Roscommon, where the couple was married by Msgr Charles Travers.

The reception was at Cromleach Lodge, overlooking Lough Arrow in Co Sligo, where Aisling and Darragh had their first dance to Harvest Moon, by Neil Young, and the bride's brother Shane Mannion, DJ at Radio 23, hit the decks until the wee hours.

The couple honeymooned in Bali and have just moved to Sligo.

We'd love to hear your wedding story. If you'd like to share iT with our readers email weddings@irishtimes.com with a photograph and a little information about your big day

Wexford man charged over threats after dog attack that injured nine-year-old
Garda pulled man’s trousers down in drugs search on busy street in Dublin city centre
‘My boyfriend left his wife, and now his children will not talk to him’
Court rejects appeal by woman who claimed she did not get fair share of father’s estate
Christine McVie: Without her trip to Ireland, the soft-pop genius might never have rejoined Fleetwood Mac

Dublin bombing 50th anniversary: ‘I’m not looking for a court case. I just want the truth’

Newton Emerson: Northern Ireland is a technocracy once again

How the mighty Seán Quinn was toppled by his own flaws