Use of mobile phones to cause more accidents than drink-driving 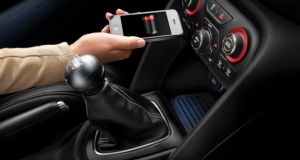 Using a mobile phone behind the wheel is expected to cause more accidents than drink-driving by next year, according to research by the department for transport (DfT) in the UK.

The numbers reveal that 378 accidents, resulting in 548 casualties, including 17 fatalities, were directly attributed to mobile phone use in 2012. Worse yet, the DfT says that some accidents attributable to mobile use are still classified under the catch-all heading of “in-vehicle distraction”.

That category accounted for a combined 213 deaths between 2009 and 2012, which puts it almost on a par with drink-driving, and drink-driving statistics are on a downward curve.