In the US, there are fears app may be smuggling user data to Beijing’s servers 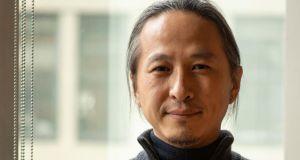 TikTok head Alex Zhu in New York on, November 14th, 2019. ‘The data of TikTok is only being used by TikTok for TikTok users,’ he said. Photograph: Alexander Harris/The New York Times

Like almost everybody who runs a big tech company these days, Alex Zhu, the head of the of-the-moment video app TikTok, is worried about an image problem. To him – and to millions of TikTok’s users – the app is a haven for creativity, earnest self-expression and silly dance videos. In almost no time, TikTok has emerged as the refreshing weirdo upstart of the American social media landscape, reconfiguring the culture in its joyful, strange wake.

But to some people, TikTok is a menace. And one big reason is the nationality of its owner, a seven-year-old Chinese social media company called ByteDance. The fear is that TikTok is smuggling user data to Beijing’s servers.

The desire to fix this perception gap is what brought Zhu last week to a WeWork in New York City, where a handful of his colleagues are based. Zhu, a trim 40-year-old who speaks fluent if lightly accented English, helped found Musical.ly, a Shanghai-based lip-syncing app that ByteDance acquired in 2017 and folded into TikTok.

In an interview – his first since taking the reins at TikTok this year – Zhu denied, in unambiguous terms, several key accusations. No, TikTok does not censor videos that displease China, he said. And no, it does not share user data with China, or even with its Beijing-based parent company. All data on TikTok users worldwide is stored in Virginia in the US, he said, with a backup server in Singapore.

But China is a murky place for companies. Even if TikTok’s policies are clear on paper, what if Chinese authorities decided they didn’t like them and pressured ByteDance? What if China’s top leader, Xi Jinping, personally asked Zhu to take down a video or hand over user data?

“I would turn him down,” Zhu said, after barely a moment’s thought. US officials at this moment are suspicious of Chinese tech companies to a degree that can feel like paranoia. The Trump administration’s biggest target has been Huawei, the giant supplier of smartphones and telecommunications equipment. But it has also tried kneecapping Chinese producers of microchips, surveillance gear and supercomputers.

That a video app now finds itself in the same position shows the extent to which any Chinese advancement is seen in Washington as harmful to American interests. Over the last year, TikTok’s app has been downloaded more than 750 million times – more than Facebook, Instagram, YouTube and Snapchat, according to the research firm Sensor Tower.

The weapon being wielded against TikTok is the committee on foreign investment in the United States (CFIUS). The secretive federal panel, known as CFIUS, is looking into ByteDance’s purchase of Musical.ly. Earlier this year, the committee forced a different Chinese company to relinquish control over the dating app Grindr, which it had bought in 2016. The concern was also that Beijing might gain access to personal information. Zhu said TikTok user data was segregated from the rest of ByteDance, and was not even used to help improve ByteDance’s artificial intelligence and other technologies.

“The data of TikTok is only being used by TikTok for TikTok users,” he said. It is unclear how such assurances will be received in Washington. “If Instagram or Facebook wanted to be sold to a Chinese firm in some way, I would 100 per cent see the same issues at hand,” said Clark Fonda, a former congressional chief of staff and an author of a 2018 law that expanded CFIUS’ powers. “It’s about the underlying distrust of the Chinese government and what, theoretically, they could do with this data.”

In this tense time, Zhu is an unlikely peacemaker. With his long salt-and-pepper hair and light moustache and goatee, he looks more like a poet than a tech founder. He seems to relish a little artsy oddness. On his LinkedIn profile, he describes himself as a “designtrepreneur” and gives his work location as “Mars”.

“In the past, my personal focus was always design and user experience,” Zhu said. He spent a lot of time thinking about the colours of buttons. Now as TikTok’s boss, he reports to ByteDance’s 36-year-old founder, Zhang Yiming. Zhu said dealing with TikTok’s sudden crisis had been “very interesting”, if nothing else. “I am quite optimistic,” he said.

Zhu grew up in the landlocked Chinese province of Anhui. After studying civil engineering at Zhejiang University in eastern China, he worked in the United States at SAP, the German software company. As he tells it, the idea for Musical.ly came to him as an epiphany. On a train once from San Francisco to Mountain View, California, he noticed the teenagers around him listening to music, taking selfies and passing their phones around. Why not combine all that into a single app?

Musical.ly debuted in 2014. It quickly attracted tens of millions of monthly users, and Zhu moved to Shanghai. He went to great lengths to learn about the young – sometimes very young – Americans flocking to his platform. He registered fake Musical.ly accounts so he could comment on videos and understand their creators, he said in 2016. Around the same time, ByteDance was storming phone screens in China with a news aggregator called Jinri Toutiao. In 2016, the company released a video app for China named Douyin; TikTok followed soon after. The platforms are similar but separate – TikTok is unavailable in mainland China and vice versa.

In late 2017, Musical.ly agreed to be taken over by ByteDance. Last year, the Musical.ly app was merged into TikTok. Zhu stayed to help with the transition. He then took a few months off last year to rest, go clubbing in Shanghai and listen to jazz. He rejoined TikTok early this year, not long after ByteDance raised funding at a valuation of about $75 billion (€68 billion), making it one of the planet’s most richly valued start-ups.

TikTok surely owes some of its success to the sunny, fun-for-its-own-sake vibe it has cultivated. But that has led to suspicions that TikTok suppresses material, such as clips of the Hong Kong protests, that could be a buzzkill. The company says it previously penalised content that “promoted conflict”.

Now “we don’t take any action on any politically sensitive content as long as it goes along with our community guidelines,” said Vanessa Pappas, general manager for TikTok in the United States. Those cover things like hate speech, harassment and misleading information.

Zhu said TikTok, which makes money by selling ads, was still drawing up its content policies. “Today, we are lucky,” he said, “because users perceive TikTok as a platform for memes, for lip-syncing, for dancing, for fashion, for animals, but not so much for political discussion.” He acknowledged this could change. “For political content that still aligns with this creative and joyful experience, I don’t see why we should control it,” he said.

The deeper concern is that ByteDance’s vast business in China could give Beijing leverage over the company, and over TikTok. In its brief existence, ByteDance has had plenty of run-ins with Chinese authorities. This month, regulators hauled up company executives after finding search results from ByteDance’s search engine that supposedly defamed a revolutionary hero.

There are other steps ByteDance could take to try to convince western officials of TikTok’s independence, such as reorganising TikTok as a separate company with a new board of directors. Zhu said the company wouldn’t rule out such possibilities.

But there had been no discussion about selling off TikTok’s American business, he said. Harry Clark, a CFIUS specialist at the law firm Orrick, said that was probably what the committee would end up demanding. CFIUS might have entertained other options had the companies applied for a review before doing the deal, Clark said. Now, he said, Washington’s concerns about China and data protection are deepening.

“Three years ago, I doubt any CFIUS expert would have said it’s crucial that you go to CFIUS here,” Clark said. “Now, most would.”