70: BMW 7 Series – Luxury from the front seat (where you can’t see that grille) 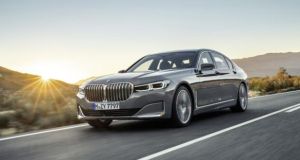 BMW’s luxury limo was given a facelift this year, but it was sadly rather of the Jocelyn Wildenstein variety. What once was a handsome, understated luxury car has been turned, by the addition of some honkingly large new radiator grilles, into something rather more trashy and vulgar.

Blame the Chinese and middle-eastern car markets - such blingification plays better there than it does in more sober, more restrained Europe. At least under the skin the 7 Series remains a car at the very top of its game.

If it misses out on beating the Mercedes S-Class at the luxury game, then it’s not by much. The 7 is entertaining to drive if you’re in the right, front, seat and supremely comfortable and relaxing if you’re in any other.

Find the Comfort Plus setting in the iDrive menu to set the air springs to their softest and you have a car that does a convincing impression of a 1970s Citroen in the ride comfort stakes.

Diesel 740d has a remarkable breadth of capability, able to intimidate at high speeds on the Autobahn or, equally, gently sip fuel on Irish motorways. 740e plugin-hybrid is probably the more apposite choice these days though, although every car enthusiast must surely crave the weapons-grade M760Li with its mighty V12 engine.

Sum up: True luxury, and you can’t see the nose from the inside.