Paris Motor Show: Electricity in the air, but brands are thinner on the ground 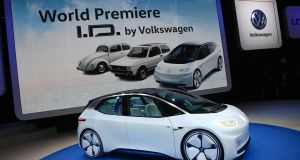 Volkswagen’s ID concept: vitally important for the image of the brand 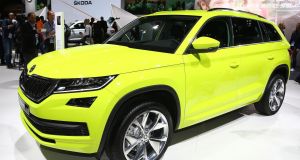 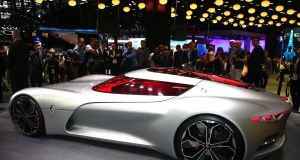 Renault’s vision of the future: the Trezor concept

As seemed so likely before the doors of the 2016 Paris motor show opened, we’re going to walk away talking mostly of Volkswagen. That was inevitable for unpalatable reasons – it is the first anniversary of ‘Dieselgate’ after all – but perhaps it will this evening be for good reasons too. Not for nothing did VW introduce its all-electric ID concept hatchback against a backdrop of its photographed with a Type 1 Beetle and a Mk1 Golf. The Beetle created Volkswagen, the Golf reinvented it and the ID, or its 2020 production version, might just save it.

With a claimed one-charge range of between 400 and 600km, depending on which version you buy, the ID is a compact, hatchback electric car aimed right at every single family driveway on the continent and beyond. If it can match its touted abilities and keep its price to a reasonable level when it is launched in four years’ time, then it could well prove to be, as VW predicts it will be, as revolutionary as the Beetle. It may also go some way to erasing the stain of shame from the diesel emissions scandal.

Klaus Bischoff, Head of Design, for VW said at the car’s unveiling that “before we first put pen to paper on the drawing board for the I.D. project, we debated the topic of ‘Mobility in the future’ at length. It is clear that the car of the future, and thus the mobile space, will be a place of communication more than ever before. The Open Space in the I.D. is just such a place. The electric powertrain gives our designers far greater freedom. We have shrunk the cooling grilles to a minimum, shifted the axles far outwards and created breathtaking proportions, as demonstrated by the I.D. – an icon of the future. We had the unique opportunity to guide Volkswagen into a new era, and with the I.D we have taken this opportunity.”

Certainly the car has been getting positive responses from those stalking the show floor in Paris today, and it seems likely that customers will give it a similar thumbs up in 2020. It won’t be alone either – VW plans to launch as many as 30 all-electric models in the next decade.

For those who can’t wait till 2020, there’s going to be some shorter term solutions. The updated version of the electric e-Golf arrives next year with a claimed 300km range (100km better than the current model) and Renault too is getting in on the long-range electric game. It showed off a new version of the small Zoe hatchback which, thanks to a 41kWh battery, can match the ID’s claim of 400km on one charge and it too goes on sale next year.

Renault also displayed one of the prettiest cars at the show, the Trezor concept car. A low-slung coupe with allegories of classic racing cars, it is designed to show where Renault design will take us next, and is the work of Renault’s talented lead designer, Laurens van den Acker. It has smoother, cleaner lines than the current Renault range (one eye on superior aerodynamics for maximising electric car range perhaps?) and a powerful electric powertrai borrowed from a Formula E racing car. Best of all though is the door layout. There actually are no doors. Instead, the entire roof, windscreen and much of the bonnet lifts and cantilevers forward this activating the parts of every child’s brain that loves Thunderbirds. No hope of production, more’s the shame.

Mercedes too decided that now is the time for it to get seriously involved in the electric car revolution and showed a concept SUV, dubbed Generation EQ, which previews both a rival to the Tesla Model X and an entire range of all-battery saloons, coupes, cabrios and crossovers. With 400hp and a claimed maximum range of 500km, it too is looking at a 2020 launch date, just in time to be a thorn in the side of Audi’s upcoming all-electric Q6. Opinion is rather divided on its rather soap-bar styling (apparently very close to what will land in showrooms) but the interior, with its massive 24-inch screen and white leather seats (with rose gold inserts) looked like the deck of a billionaire’s yacht, which is either appealing or disgusting, take your pick.

While vast-engined supercars are notable by their absence from Paris (the open-top Ferrari LaFerrari Aperta is the only one of its breed here) there is something of a hot hatch battle for supremacy. Hyundai kicked things off with the reveal of the RN30 concept, a wide-bodied mega-hatch with 380hp and four-wheel drive. Clearly, someone in Korea is a fan of 80s rally cars, and 80s supercars to judge from those scissor-style, Lamborghini-aping doors. The RN concept will lead, next year, to an N-badged i30 hot hatch with 260hp. The RN itself may also make production, as a max-effort rival to the Ford Focus RS and VW Golf R. The standard i30, also making its debut in Paris alongside the RN30, looks rather plain in the comparison but we’ll be surprised if its sophisticated cabin doesn’t entice more than a few Irish buyers next year.

Across the hall, Honda was determined not to let Hyundai take all the plaudits. Honda too is showing off the new Civic hatchback and it hopes that the new, squarer styling will appeal to more younger buyers than ever did the current dart-shaped cars. It also showed a concept version of next year’s Type-R model, which should boast 320hp and is hungry for a front-drive lap record of the famous Nurburgring race track. Hyundai, Renault, Seat and others will be out to spoil that effort.

With a lack of supercars, sensible seven-seaters were rather to the fore in Paris. Land Rover’s new Discovery – still massive but half-a-tonne lighter thanks to a new aluminium chassis – has practical desire written all over it. Land Rover drove one under a half-scale Lego model of London’s Tower Bridge to debut the new Disco, but of more significance to owners will be the lower emissions and superior fuel consumption of the new twin-turbo 2.0-litre diesel engine. If Land Rover can finally, truly get on top of its quality and reliability issues, then well-heeled families will likely flock to the new Disco.

For those on a tighter budget, there is the Skoda Kodiaq and Peugeot 5008. The Kodiaq we’ve seen before, but Skoda decided to trouble our retinas with a searing green paint job, reminiscent of 1970s Ford Escort rally cars but underneath it remains the same sensible, practical seven-seater with handsome styling. If Skoda can pitch the price just right, it’s going to be a whopping success. Peugeot 5008, formerly and MPV now a much more handsome SUV, might just spoil the party a bit though. It boasts a far more exciting interior than the Skoda and has some temptingly low Co2 figures too.

For those looking for proper budget motoring though, there’s the new Nissan Micra. So different is it from any previous Micra that we had half-expected Nissan to change the name, but it seems brand recognition won out. Lower, wider, sharper looking and with Nissan making great claims for sporty driving dynamics (yes, on a Micra…) it could be one of the stars of the show. Conventional? Yes – there’s no mention yet of an electric or hybrid version – but there’s nowt wrong with a sensible, stylish, affordable hatch now is there?

Elsewhere, the new Kia Rio looks smart, if a touch predictable and Suzuki has a cute-and-cuddly new Ignis that looks as if it was designed by a committee of Smyths Toy Superstar staff.

However, the overriding impression of the Paris Show 2016 is one of absences. No Ford. No Volvo. No Bentley, McLaren or Rolls-Royce. Lamborghini making only a token appearance at the VW preview evening. No Mazda. BMW leaving its new 5 Series for the Detroit show in January. Alfa Romeo holding back its Stelvio SUV until  the LA show in November. In spite of the fact that Paris is one of the most attended motor shows in the world, with more than a million punters in through the door last year, car makers increasingly seem to regard the whole putting-metal-on-a-static-stand thing as old hat and not engaging enough in the modern, digital-obsessed world.

So we’ll leave talking about the Volkswagen ID, the Micra, the Land Rover Discovery and drooling over the LaFerrari. But by the time the ID and its fellow long-range electric cars go on sale - if ever, will be still be talking about a Paris motor show at all?