Honda to recall thousand of Irish cars over defective airbags

Car firm says 9,200 airbags made by Takata must be replaced on Irish cars 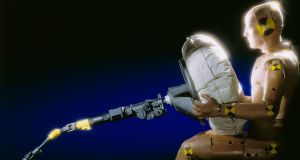 Irish Honda customers will be contacted in the coming weeks to have their airbags replaced.

Universal Honda, the locally-owned importer for Honda cars in Ireland, has confirmed to The Irish Times that it knows of 9,200 individual airbag units that will be involved in a safety-related recall.

Honda is also still working out the final number of vehicles that must be recalled. While it knows the number of individual airbags, because some of the vehicles were not fitted as standard with both driver and passenger airbags at the time of sale, it’s not as simple as dividing the total number by two.

Irish customers will be informed by Honda in the coming weeks, as the company is waiting until there is a sufficient stock of new airbags for the remedial work to be carried out. A spokesperson for Honda was unable to confirm an exact timeframe, nor which company would be supplying the replacement airbags.

It’s the latest recall involving potential problems with airbags this week. On Wednesday Toyota confirmed it was recalling 27,000 cars in Ireland while Nissan said it was recalling 15,500. This was part of a global recall of 6.5 million vehicles over the airbag issue announced this week.

It also follows on from major recalls over the same issue by Honda, BMW, Ford, General Motors (owners of the Opel brand in Europe), Mazda, Mitsubishi, Subaru and Chrysler. In total about 30 million cars have been recalled since since 2008 over potential problems with Takata air bag inflators.

Takata, the company which made the airbags, has been coming under increasing scrutiny as the recall has rumbled on and the death toll has risen. The US National Highway Transportation and Safety Agency (NHTSA) has confirmed that it is investigating whether or not Takata committed a federal crime by not informing authorities of defects in its airbags when it first knew of them, almost a decade ago.

The airbags, made for Honda by Japanese company Takata, are part of a global recall. The airbags’ mechanism allows moisture to get inside the electronics controlling the explosive charge which releases and inflates the ‘bag. That charge then goes off too violently, rupturing the steering wheel and showering the occupant with high-speed shrapnel.

The global death toll attributed to the airbags has now risen to six people, as Honda in America has confirmed that a 35-year old father of two, killed in a crash in Houston, Texas in January, was a victim of an exploding Takata airbag.

Takata’s chairman, Shigehisa Takada, has issued a statement saying that “from its founding, Takata Corporation has always been dedicated to public safety. Our primary mission is to make products that save lives and prevent injuries. Takata deeply regrets the injuries and fatalities that have occurred in accidents involving ruptured airbag inflators. We are proud that Takata airbags have saved thousands of lives and prevented hundreds of thousands of serious injuries by safely deploying in more than two million accidents around the world. But any failure of even one Takata airbag to deploy as designed in an automobile accident is incompatible with our commitment to the highest standards of product quality.”

Gardening: Culinary herbs from your garden or windowsill