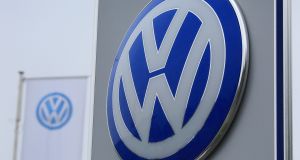 Volkswagen is the best-selling brand so far this year with 12,215 new car registrations. Total new registrations stood at 118,925 by the end of business on Monday, down from 131,207 this time last year.

Sales of new cars fell once again in July, but the arrival of the new 172 registration plate did at least arrest the slide seen so far this year by a fraction. According to figures from the Society of the Irish Motor Industry (SIMI) and its half-yearly report compiled by economist Jim Power and classifieds website DoneDeal, sales of new cars in July were down by 7.14 per cent compared with the same month in 2016, and that’s against a background fall in total sales of 9.36 per cent to the end of July 2017. Of the top-10 selling brands so far this year, only Kia has managed an increase in its annual sales to date, of 5.9 per cent.

Petrol engines are certainly making a comeback, now representing 30.82 per cent of the market, compared with 27.9 per cent this time last year. There has been a significant increase in the sale of petrol-electric hybrid new cars, up 78 per cent to 3,986 so far this year. Electric car registrations stand at 485 up to the end of July, compared with 341 last year.

Jim Power, author of the report, said: “As we move into the second half of the year, all of the factors that influenced the motor trade in the first half will remain relevant. Economic growth will be supportive, but financial pressures on consumers and the uncertainty around Brexit are likely to continue to weigh on big-ticket items such as new cars.

That looks, on the face of it, a healthy enough figure, but it disguises an enormous reliance on bulks sales to hire-drive and fleet operators, which come at significant discounts and which leave both importers and dealers with wafer-thin margins.

That’s in spite of the now-traditional sales boost that comes with the July registration plate change. Indeed, many dealers and importers are saying that July 2017 has been “dead” so far, and one went so far as to say that without hire-drive deals the market would be close to stagnant.

Much of this crisis is down to the effect of Brexit on used-car prices in the UK, and the subsequent increased value when importing a car into Ireland. The total number of cars imported now stands at 53,730 for the year so far, a rise of 41.6 per cent compared to 2016.

Eddie Kavanagh, sales director for Jaguar and Land Rover in Ireland told The Irish Times that “it’s becoming very difficult to predict where the market is going right now, mostly thanks tot he effect of Brexit. It wouldn’t be difficult, though, to see a situation, very soon, where used imports actually account for more cars than new sales.”

The trade in imports is also relatively steady from month to month, with an average of 247 cars coming into the country each day. That compares sharply to the market for new cars, which fluctuates wildly from day to day and month to month, and which includes a high proportion of pre-registered cars.

Dealers are reporting that customers are coming in waving prices for imports under the noses of sales staff and demanding that local prices come down. One senior industry executive told The Irish Times that “if you can get to a 2 per cent margin on car sales right now you’d be cheering from the rooftops. It’s very hard to look dealers in the eye right now and say that they need to invest in the business.”

That spectre raises further worries for those who have taken out personal contract purchase (PCP) car loans, which rely on the values of used cars remaining buoyant. With imports swamping the market, and prices for new cars having to be discounted (“just to shift stock” as one put it to us) the values for used cars will inevitably start to fall.

Also hanging over the market for 2018 and beyond is that with falling demand for cars in the UK, especially for diesel models, dealers there are now slashing their prices too, by as much as £5,000 (€5,592) in some cases, which could lead to a glut of even cheaper used UK cars being available to Irish buyers next year.

“Many car buyers are panicking about the costs that face diesel drivers, and are switching to petrol cars,” said Austin Collins, managing director of website BuyaCar.co.uk. “But this situation is an opportunity for drivers who are prepared to look beyond the scare stories. There’s no question that it’s a buyers’ market for diesel cars, with more than 25 per cent off some cars, which adds up to well over £5,000 in some cases.”

Michael Rochford, from vehicle history experts Motorcheck, is advising consumers to be as financially prudent as they can be when buying a car. “One of the main pieces of advice I would give is ensure you save a little for the deposit on your next PCP while paying off your existing PCP. This way you will be able to enter your next PCP on similar terms to your previous one, if that is your preferred option” he told The Irish Times.

“Of course consumers also have the option to purchase the vehicle for the stated guaranteed minimum future value (GMFV) at the end of a PCP, so if the market has shifted the other way and the GMFV is less than the market value of the car the consumer can benefit from this positive equity by purchasing the vehicle outright, or by refinancing it themselves.

“In addition to all of this, given the rise in popularity of car finance over the past few years in both the new- and used-car sectors we would remind consumers that it is doubly important to ensure you check the history of any used car before you purchase. This will ensure that you are not buying an asset that actually belongs to a financial institution and the seller has the right to pass legal title to you as the buyer.”

Are we really facing the death of the office?
3

‘I wrote a part for my husband. By the time filming was over, so was our marriage’
10