Log off, shut down and plug out for Analogue August

Going completely offline for one weekend this month was a challenge I was well up for. I mean, how hard could it be? 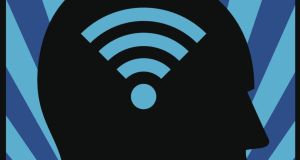 Always on: there is always the choice to opt out of the clamour – or so I thought. Illustration: Robinolimb via Getty Images

If you were born before the 1980s, you will have lived as an adult in a world without the internet. Yours is the last generation in history that can make that claim. Michael Harris’s book The End of Absence: Reclaiming What We’ve Lost in a World of Constant Connection, examines the place of modern technology in our lives. Harris notes that we are in the middle of an enormous cultural shift, and, while we are aware of the many benefits of our increased connectivity, the losses may be less apparent.

According to Harris, internet usage has expanded 566 per cent in the past decade. The instant access to information, and to one another, that it affords us has resulted in increased connectivity, increased productivity and the obliteration of down time. In embracing the internet, we have sacrificed what Harris refers to as “the end of absence – the loss of lack”.

It is difficult to argue with him. It is almost impossible to opt out of the cycle of constant connection and stimulation in which we find ourselves. The concept of clocking off after designated work hours is long gone. We are permanently accessible. Even taking a holiday no longer means freedom from a work-saturated environment. With a smartphone in our pocket, the distance between those at home or work and wherever we may find ourselves is rendered almost irrelevant. This can be enormously comforting. It can also be suffocating.

The End of Absence is both a love letter to the internet and a wearied wringing of hands against the despotic stranglehold we allow it to have on our lives. In a clever ploy to promote the book, Penguin has contrived a novel concept, Analogue August, which is both an effective marketing plan and a challenge. It encourages people to take a weekend of their choosing this August and opt out of using the internet.

“This summer, we invite you to take a vacation to 1983,” says Penguin. “Analogue August is a nationwide challenge open to participants who decide to unplug for a single weekend of their choosing. No internet. No cellphones. Not a single insipid celebrity tweet.”

That last part may provide temptation enough for some. Penguin is sponsoring the endeavour in the United States only, pledging to send a free Penguin classic to anyone who buys The End of Absence and signs up to take part in Analogue August. Even without a free copy of Tolstoy to tempt us, the incentive to take part still stands.

Taking time to experience life without a device that, like a grizzling, jam-covered infant, demands part of your attention all the time, seems obviously beneficial. We are not permitted to introspect or to feel bored. We are missing out on the landscape inside our own heads. Few of us will lie on our deathbeds and declare that we regret not having spent more time online.

We are midway through Analogue August, but there is still time to take part and disconnect. In itself, allotting two days without internet and a phone is entirely meaningless. But as a stepping stone to gaining a slightly more peaceful and controlled existence on a daily basis, it is useful. After all, the fact that our phone gives us a sense of access to everything, so that we feel lost without it, is our own fault. There is always the choice to opt out of the clamour. Or so I thought.

Entering my two days of dissociation from the roiling fury of online life, I felt both enormous relief at the prospect of reprieve from feeling permanently available to others, and a new anxiety at the lull. The first text or email of the day is the opening salvo in a familiar battle. That dissonance of pinging sounds emitting from your phone, your iPad and your desktop will harangue you until you retreat, war- weary, back to bed that night. When it doesn’t, something feels wrong.

The practice of opting out, even for a short time, is ultimately quite useful. If one finds oneself drowning in a miasma of anxiety, then at least it is obvious that a problem is present. At the very least, two days in which to focus only on what one is immediately doing cannot do anything but good. Yet it is incredibly difficult to do. The world has a digital infrastructure to which we are all subject. To some extent, there is no escaping it. Any attempt to do so – at least in one’s home environment, amid the regularity of routine – has the feel of a hamster wheel about it. Of course this dependence is indulged and ridiculous, but it is no less difficult to shake for all that.

I made the error of thinking that I could begin my dalliance with Analogue August on a Friday. I made provision for the lacuna, and felt relieved at the anticipation of a relaxed day ahead. It soon proved groundless. Of course, I should have turned the phone off the night before, with the possible added measure of throwing it into the freezer or placing it under the cat’s bed. Would I genuinely risk burned thumbs or a savaged arm for the sake of a text message asking “Wher R U?” Well, naturally. I awoke to the dawn chorus of pinging emails. Tempted, I glanced at the screen to see the subject of the email, which read “Urgent”. So that was day one. I failed while still garbed in my pyjamas, which only adds to the indignity.

I was ready by day two, a Saturday. No one would crumble my resolve. Very shortly in, however, I found myself feeling grievously inconvenienced. It was pathetically challenging. I had to traipse, like a peasant of yore, to the bookshelf to check a dictionary. I had to arrange to meet a friend under Clerys clock – where else? – and then arrive on time, as agreed three days prior. She sauntered up leisurely, 20 minutes late. On seeing my disgruntled demeanour, she said, “What? I sent you a text.” Clearly, the only peace to be gained is that inside your own head.

Ultimately, I failed. If only because the time spent offline for Analogue August was not a total disconnection; when I read the word “anthropophagy” in the course of my offline experiment, I spent a few hours trying to figure out its meaning when normally I could have googled it in seconds (it means cannibalism). I lasted the day, but by the end it occurred to me that the internet is simply another method, though more pervasive than any other in history, of not thinking. We tend to romanticise life prior to the internet as sanguine, poetic and intellective. Most people weren’t, however, and just had other means of distraction. The internet is another method of avoiding an introspective sense of absence that many never actually desired. We were always terrified of silence.