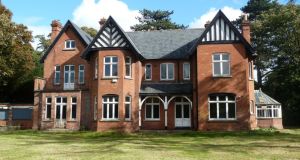 The biggest one-off residential sale was the former home of Sean Dunne and his wife Gayle Killalea, Walford on Shrewsbury Road in Ballsbridge, in March 2013 for €14 million

Dublin saw a 17 per cent increase in residential property transactions last year compared with 2012, and the total value of those transactions grew by 34 per cent, according to new analysis of the Residential Property Price Register (propertypriceregister.ie).

The figures compiled by property website myhome.ie reflected increased activity in the property market with an overall increase in property sales in every Dublin postcode apart from Dublin 10.


Traditional areas
Meanwhile, popular residential localities recorded a decrease in sales primarily due to a lack of stock. They included Tyrrelstown (-77 per cent), Ashtown (-71 per cent) and Hollystown (-58 per cent) which would previously have had a strong supply of new homes.

Angela Keegan, managing director of myhome.ie, welcomed the increase in the level of transactions, but added: “We still have a very low level of housing transactions at just over 1 per cent of all housing stock. Our nearest neighbours in the UK would be operating at 4 per cent.”

In all, there were more than 10,000 residential properties sold in the capital last year, with almost €3.6 billion spent.

Dublin 8 recorded a massive growth in transaction values of 255 per cent although this was mainly accounted for by two one-off sales of more than €60 million each at Clancy Barracks and Clancy Quay – the two biggest sales in the capital last year.


Greatest growth
The biggest one-off residential sale was the former home of Sean Dunne and his wife Gayle Killalea, Walford on Shrewsbury Road in Ballsbridge, in March 2013 for €14 million. In total there were 246 sales in the capital last year that exceeded €1 million.

While there was a strong general increase in transactions, the greatest growth in unit sales was in outlying areas of the city to the north and west. For instance, Castleknock was the most popular area of Dublin to buy a home last year with 304 sales – up 81 per cent on the previous year.

Ms Keegan pointed to the apparent shortage of available sites for new homes in desirable locations in the capital. “The Government needs to give priority to obtaining planning permission for sites in the areas where there is a real demand for new homes.”