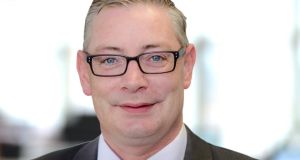 For the first time in a long time there’s a real sense of movement within the residential property market, and in particular among the estate agents on Dublin’s northside. In a major move Adam Clarke has departed Sherry FitzGerald’s Sutton branch to the Lisney stable to take up a role there as divisional director of Lisney Residential.

Mr Northside, with more than 25 years’ experience, Clarke will head up Lisney’s newly bought and refurbished office on Howth Road, following a €500,000 investment.

The branch will service Clontarf, Raheny, Drumcondra, Glasnevin, Killester, Malahide, Howth and Sutton. Clarke says there has been an increase of up to 25 per cent in activity in the area between inquiries, viewings and listings, and they’ll be hoping to tap into some of that demand. Lisney’s Howth Road expansion is the culmination of a €3 million investment in its branch network since 2014.

Not too far away, DNG has just placed its sign over the door of a new office in Raheny village. Located on a corner in a redbrick just four doors up from agents Flynn Associates, the property had operated as a doctor’s surgery for many years. The branch will be headed by Wayne O’Brien from the Fairview office, and will target not just the immediate area but stretch out to properties on the northern fringe of the city.

Meanwhile on the southside DNG has added Rathfarnham to its stable of locations with Cathal Macarthy of Macarthy Auctioneers Rathfarnham joining forces with DNG as director of sales for DNG Rathfarnham. Located on a prominent corner of the village, Macarthy will work closely with Terenure stalwarts Pat Mullery and Deirdre O’Gara to focus on the Rathfarnham, Churchtown, Templeogue and Knocklyon areas.