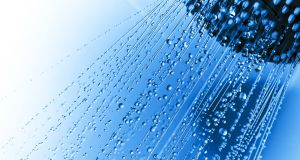 Concern over water cylinder possibly bursting or flooding the home, after making the adjustment required to install a power shower

Q I am 65 years old and have been living abroad for five years. I was forced to emigrate in 2011 to a country with a low cost of living because I could no longer afford to live in Ireland. I own a three-bed house attached to a retail shop (where I used to run a store) in a rural town. Above the shop is a three-bed apartment, which has its own entrance. The entire property is all on the same site and has the same folio.

I lived in the house, the shop staff lived in the apartment and the shop operated below. When the business was no longer viable, I was forced to close in 2009. I could not find a buyer or renter for part of or the entire property.

I tried to find work, unsuccessfully, but was forced to emigrate with borrowed money and proceeds of a small insurance encashment until I qualified for my State pension at 66 (later this year). I also had rental income from a property (located in Dublin), but with the mortgage five years in arrears, it’s due for repossession.

When the shop was in operation I paid rates to the local council, but in 2009 when I closed, no further rates were payable. I left Ireland in 2011 and the house, apartment and shop were all empty. I paid the €100 property levy for both my house and the rented property (Dublin), but didn’t make a payment for the shop as it was subject to rates as a commercial building. I deemed the apartment to be part of the shop and therefore included it in commercial rates. I have since continued to pay property tax on the three-bed house and Dublin property.

During 2015, a very low offer was made on the buildings and because of my financial position, I was willing to accept it under the circumstances. Now the problem begins.

I am advised by my solicitor that because I did not declare or pay the apartment as a separate entity, I am subject to NPPR plus a penalty in the amount of €7,230.

I am also advised that because I have been away, I must prove that my house is my principal private residence or face a further penalty of €7,230.

The council claim that I owe €3,500 as a contribution to the local area by virtue of the fact that I built a small passageway from the shop to the back yard in 2004. That job was approved by the council (costing €2,500 to build at the time) and I knew nothing about this contribution charge in the subsequent years until now.

I envisage returning to Ireland because I become entitled to the State pension later this year, and I thought the sale of the property (at a 70 per cent discount on what I paid for the entire property back in in 2001) would pay off my debts and cushion me somewhat in my retirement years.

Now my country, through its local council, is trying to fleece me unjustly in my final years.

It now looks like I cannot stay on in Ireland simply because I cannot afford to live there, and at 66 years of age, once again I must join the emigrant numbers. Can you help or advise me?

The NPPR is an annual charge of €200 that was due in respect of residential properties that were not used as the owner’s principal private residence. The €200 charge was payable to the relevant local authority and applies for all years from 2009 to 2013.

Apartment: Based on the circumstances outlined, we would agree with your solicitor that the apartment would be liable to the NPPR charge, as it would come within the definition of a residential property.

The apartment is considered a residential property for the purpose of the NPPR charge as it is a building in the State used, or suitable for use, as a dwelling.

Please note that from September 1st, 2014, the penalties were capped and for those who were liable to NPPR for the full period, a total of €7,230 is due.

House: An individual’s principal private residence is not liable to NPPR. Therefore you were exempt from the NPPR charge from 2009-2011. From 2011 as you did not live in the property as your sole or main residence, you are liable to the NPPR charge and penalties for that period.

Shop: The NPPR charge does not apply to commercial properties.

Given your financial circumstances, we would recommend that you contact your local authority and make a case of genuine hardship, as in some cases they may collect the liability by instalments. In exceptional circumstances they may reduce or write off part of the liability. Your liabilities will need to be paid before the sale of the property. Upon the sale of the property, you can request a certificate of discharge from the local authority as evidence of payment.

CGT: As you are selling the entire property for a price that is significantly less than the cost price in 2001, we understand that a loss will occur for capital gains tax (CGT) purposes and therefore no liability arises. Please note indexation applies to the cost of the property in 2001. We have also not considered any potential reliefs that may be available in the event of a CGT liability arising as we understand a loss will occur. We would recommend seeking tax advice if and when you dispose of the property.

Contribution to the local area: We would recommend seeking relevant legal advice to ensure the request for payment by the local council is accurate in this instance. Niamh Horgan, tax adviser, Baker Tilly Ryan Glennon, bakertillyrg.ie

Q We have just had a power shower fitted – by an Irish company. The bathroom and hot press are on the top floor, the pump is in the hot press. The problem is we were told we needed to open a pipe to let cold water into the cylinder or else it would burst if it got too hot. I have never heard anyone having to do this. We are now afraid to put our heating on for long in case it bursts and floods the house. As we are both over 76 years I would be most grateful to you for any help.

A This sounds unusual to me, as the advice is contrary to the usual set- up of the water heating system in a residential property. The hot water supply in a house is normally provided via a hot water copper cylinder generally located in a hot press. There are two principal means of heating the water within the copper cylinder: via an immersion or directly off the heating system in the house.

Cold water is directly fed into a copper cylinder from the cold water storage tank (usually in your attic). As hot water is used it is automatically replaced with cold water, which is subsequently heated.

The installation of a pump on the hot water circuit is simply to increase pressure on the downstream supply and has no relationship to physically heating the water.

With regard to your concerns about excessively hot water and bursting or flooding, an overflow pipe installed at the top of your cylinder as standard discharges excess hot water into the water tank in the attic space. In turn, the tank in the attic will have its own overflow pipe exiting the building at roof level, discharging any excess water externally so as not to flood your house.

If you have specific concerns that the copper tank is too hot, you can alleviate this by running the hot water taps (therefore allowing cold water to enter the system) or by adjusting the heating controls /regulator, eg immersion and or boiler.

In addition, your copper cylinder should have a thermostatic control valve that can be set to limit the heat output of the heating elements within the copper cylinder. This can also be adjusted, but should be completed by a qualified professional.

On the basis that there appears to be a level of uncertainty over the installation of this system, it is my recommendation that a registered plumber inspects the heating system and confirms that everything is installed correctly.

Andrew Ramsey is a member of the Society of Chartered Surveyors Ireland, scsi.ie