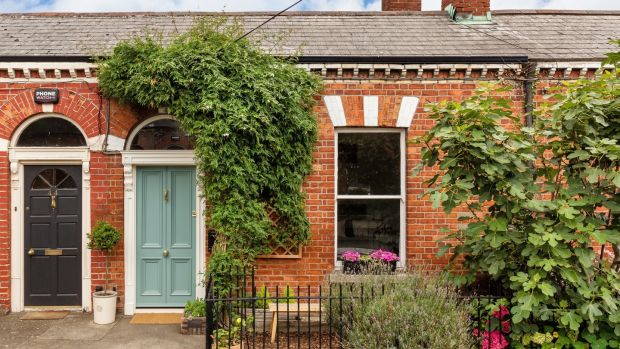 When it comes to home hunting a separate office room has become an essential and potentially deal-breaking requirement. The space needs a door that you can close to dial down family life and take calls from the office. Co-habiting couples, meanwhile, have discovered that they really need two such spaces so that work doesn’t encroach on their eating and living spaces.

The owners of number 45 Fontenoy Street at Broadstone/Phibsboro inadvertently nailed this new requirement when they restructured and refurbished their home’s layout.

While they now have three children and are looking to trade up, the way they have configured the property, with two bedrooms upstairs, one single and one double, means that a working-from-home couple could use these spaces to work, before coming downstairs to their living level, both physically and metaphorically to close the door on their working day.

The couple bought the 1900s house in December 2016, paying €420,000 for it, according to the property price register. They have since then gently remodelled it. Their decision to preserve the rich, honey-coloured timber floorboards in the hall accentuate the 12-ft ceiling heights at ground floor level, while the conversion of the front room to master bedroom has worked well, with the house’s original shutters closing out any ambient noise.

The living room is to the rear of the property and overlooks its small north-facing yard. With a more standard ceiling height it doesn’t have the same lofty feel as the front of the house, but it is a lovely square, cosy space with a wood-burning stove set into the fireplace. You could very easily turn the back room into the bedroom and enjoy the ceiling heights of the front room as your lounge.

The eat-in kitchen is bright with windows set into the return wall and roof lights above. While it isn’t enormous, there is still plenty of space to dine here, and it is fitted with a Belfast-style sink and a four-hob Rangemaster within the original chimneybreast.

The yard is small and charming and home to a mature and fragrant honeysuckle. A door opens from it on to a lane at the rear which the residents have closed off to allow children to run up and down it safely. Bikes are strewn where they were left when the owners were called in for their tea, and the lane itself is enlivened with a mural by James Kirwan.

Fontenoy Street may well be the most charming of the lovely red-brick lined roads that surround the Basin on Blessington Street, which connects to the linear park that takes you to the centre of Phibsboro.

The property, which has a D2 Ber rating, is seeking €550,000 through agent SherryFitzGerald.