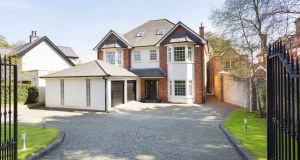 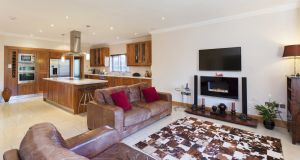 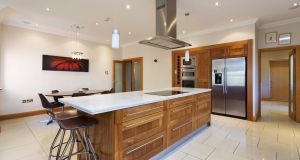 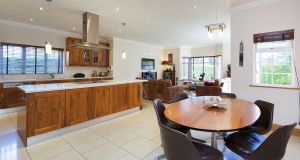 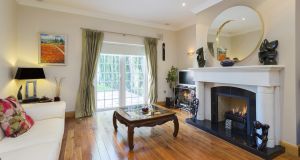 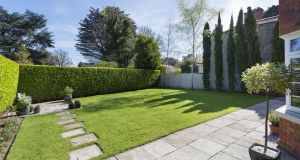 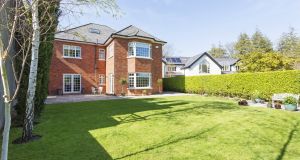 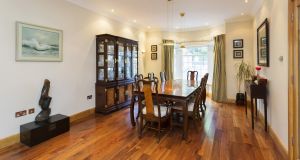 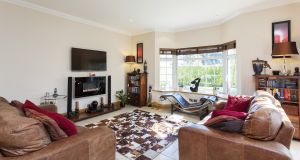 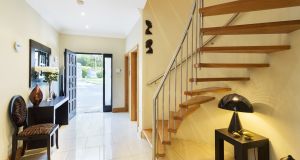 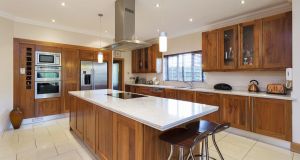 The owners of Malindi Lodge on Westminster Road spotted an opportunity on a .22 acre site, an overgrown and neglected piece of land sandwiched between two of Foxrock’s grander homes. After a long planning process, they moved into their new three-storey, five-bedroom detached house in 2004 .

It is clear that they knew what they wanted: a traditional-style house from the outside that would fit into the neighbourhood, but with good energy rating – Malindi Lodge has a B3 rating – and quality modern finishes throughout. Elements specially commissioned for the build include the striking curved oak floating staircase and the solid walnut kitchen.

At hall level there are two interconnecting reception rooms – laid out as a formal diningroom to the front and a livingroom to the rear. Both rooms have walnut flooring – and the rear reception room has a feature fireplace which was commissioned from a Kilkenny craftsman, and double doors out to the garden. There is also underfloor heating throughout the ground and first floors.

Both these rooms have been used infrequently as the very spacious open-plan kitchen-dining-livingroom at the rear of the house is so well designed for family living. This room opens out on to the back garden.

Also off this kitchen is a large utility room, while off the hall there is a cloakroom and full-sized shower-room.

Upstairs on the first floor are four double bedrooms, each with an en suite, and a small home office. The main bedroom has a deep walk-in wardrobe with plenty of hanging space. The fifth bedroom is at the top of the house and also has an en suite shower room. Now used for guests, it would also make a great teenage bedroom.

Set back from the road behind electric gates, the cobbled driveway is fringed with mature planting and has parking for up to four cars. The front garden is larger than the rear which at 18m long is small relative to the 354sq m (3,808sq ft) size of the house. There is a double garage with electric doors that can be accessed through the utility room. The owners of Malindi Lodge are now downsizing and agent Sherry FitzGerald is seeking €2.1 million.