The perfect spot for Blackrock College rugby fans for €1.3m 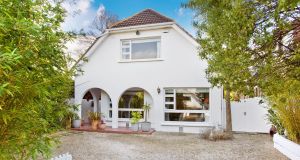 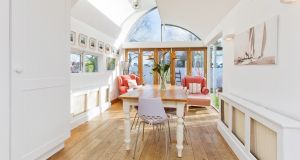 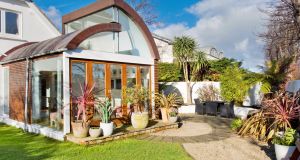 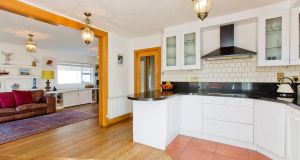 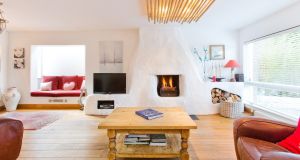 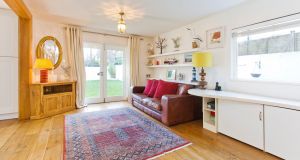 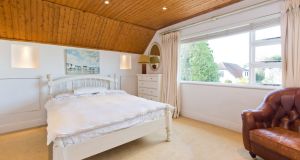 Architecturally interesting when it was first built in 1981, number 7 Pine Haven was made even more appealing when the vendors extended and made lively changes to the rear as well as adding their own take to shelving, windows, a noteworthy fireplace in the sittingroom and more. Fifteen years in situ, they have reared their family and are now downsizing.

There are, of course, buyers for whom all of the above will be secondary, and who instead will find number 7’s rear garden which edges onto the playing fields of Blackrock College a far bigger sell.

Schooldays for the vendors’ three sons meant, literally, hopping over the garden wall to cross the playing fields to their classrooms. Wide rear vistas give unimpeded light through the house and are not in danger of being built on any time soon.

One of 12 houses in a compact cul-de-sac off Cross Avenue, number 7 was built by developer and builder Edward Pilkington (who himself lived in one) on his return from New Zealand in 1981. The vendors, who returned home from London to live in Pine Haven, made changes to the original layout that include a 12ft high, two-tier, sail-like roof over an extension housing a dining/sunroom and kitchen. The original kitchen is now a comfortable family room and, where there were once five bedrooms, there are now four.

“Houses don’t come for sale here very often,” the vendor says. With a floor area of 203sq m (2,185sq ft) and in ready-to-move-in condition, number 7 is for sale through agent Sherry FitzGerald with an asking price of €1.3 million.

The extension, by English architect Robert Lyle, is carefully detailed to fit with the original part of the house. The floor is hardwood (with a tiled area in the kitchen) and wraparound windows overlook bamboos, Australian tree fern and a water feature in the garden. The kitchen has a side window, black granite worktops and neatly integrated appliances. A French window in the family room opens into the garden where a large wooden shed functions as a clothes drying area.

Design quirks in the L-shaped front sittingroom were devised by the vendor. A feature fireplace in rough, white-painted plasterwork with an opening for the fireplace and display recesses, has a rustic, adobe look – the vendor admits being inspired by similar in Greece. A deep, seating alcove has side and overhead glass, display shelving on one wall is curved and another wall is tongue-and-grooved.