Ahead of next week’s budget Government should see private landlords as part of the housing solution, not the problem 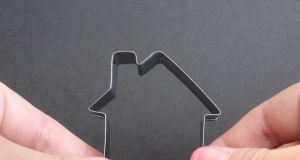 Record low: currently there are only 1,062 units available to rent in Dublin city, the lowest level on record

In recent years the topic of rents and the housing crisis has come to the fore, with many people holding strong views on the subject. The one thing that is evident is that Government policy is not working. That can be seen in the increase in Dublin rents by 22 per cent in just three years.

It is however also worth noting that compared to 10 years ago, rents are just 10 per cent higher today. While over the same period, electricity prices have increased by about 22per cent and car insurance by 61per cent.

It may seem strange to say, but fixing the rental crisis is actually rather straightforward. The level of rent, like any other commodity, is predominately determined by supply and demand.

Currently there are only 1,062 units available to rent in Dublin city. This is the lowest level on record; the number of properties available to rent has fallen every year since 2009. Simultaneously, the total stock of rented properties has been falling. According to the census, the number of private rented dwellings in Dublin in 2011 was 116,935, while in 2016 it was 114,462, a decline of more than 2 per cent. This has been reflected in our figures with 32 per cent of our sales disposals of investment properties, while only 10 per cent of purchasers buying property from us are investors. Private investors are leaving the Dublin market.

Why have landlords been exiting the market in such large numbers since 2009? The answer is Government policy. In recent years the Government has introduced the following measures:

So in short, landlords are over-regulated, overtaxed with an ever-reducing level of control over their most valuable asset.

It is also worth pointing out that the Government only built 247 social housing units nationwide in 2016 and only bought 1,397 units in the same period. It appears that rather than invest in social housing, the Government’s solution is to try and take over private landlords’ property by stealth.

Landlords are now saying enough is enough; they are selling up. Remember it is the landlord’s name on the title deeds, their name on the 20-30-year mortgage; it is they that the banks will pursue should the mortgage not be paid. In short, they are taking all the risk. And if the risk versus return is not acceptable, people will invest their money elsewhere, such as in property reits.

All of the above adds up to an assault on the largest supplier of rental property in the State, the private landlord.

It would seem that the Government is reluctant to be seen to encourage landlords back into the market, rather than understanding that landlords are part of the solution, not the problem.

Next week’s budget provides the Government with an opportunity to introduce the following policies:

The market reacts very quickly to new policy incentives as we saw most recently with the capital gains tax exemption introduced in December 2011. If these polices were introduced, significantly more landlords would be enticed to enter the market, supply would increase and as a result within six months we would have made significant inroads into solving the rental crisis.