Supersized Ranelagh home on a third of an acre for €5.25m 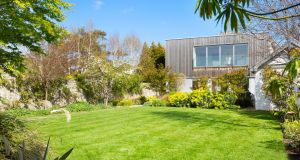 A two-storey, over-basement, cedar-clad extension to the rear now sits seamlessly with the original footprint 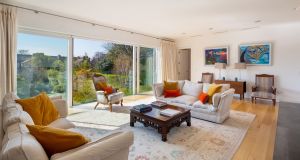 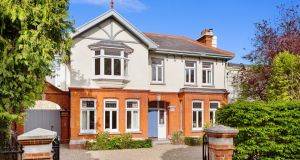 The purchase of a family home is always a big undertaking, no matter how experienced the buyer. Mark FitzGerald, co-founder and chairman of Sherry FitzGerald estate agents, had previously sold number 12 Oakley Road twice for clients before he and wife Derval purchased the property for themselves in 2005 for €3.5 million, and even then FitzGerald admits “we weren’t really sure what to do with it”. In the end it took them more than a year to decide what they were going to do and then another year to complete the designs and secure the appropriate planning.

FitzGerald, who lived on nearby Palmerston Road for most of his life, had known the property for many years when family friends Denis and Agnes McCullough (of the famed McCullough Pigott music store) had lived there. And years later as a young agent, when the property was divided in seven flats, he sold it twice to investors (in 1996 number 12 fetched £455,000).

The double-fronted Edwardian sits midway along Oakley Road’s rich medley of house styles. Lithgow (number 12’s original name) presents from the outside as a fine suburban home, but it’s only beyond the front door that the property’s real qualities unfold.

The house stands on a third-of-an-acre site, an astonishing foothold in the tight suburb of Ranelagh which covers just 170 acres in total. Add to this a south-westerly aspect where sunlight floods the rear and side of the property from dawn til dusk.

The house itself is something of a one-off too. It was built to order in 1904 by Joseph Pemberton for Arthur and Selina Spence and retains all the important classical details of the day. An elegant original staircase stands to the rear of the large entrance hall and sweeps upwards to a distinctive glass and wood panelled atrium rooflight that throws light down through the house.

“Because we had five kids a major attraction was the large garden,” says Mark. “But the layout was in flats and the rear of the house was uninspiring to say the least. I just wanted to do something fabulous with it – though I didn’t know what exactly, and on a more practical level Derval just wanted a bigger house.”

Paul Keogh and Rachael Chidlow of Paul Keogh Architects were enlisted and soon the original 3,360sq ft house was transformed into a 6,046sq ft/561sq m Edwardian/contemporary home. A two-storey, over-basement, cedar-clad extension to the rear now sits seamlessly with the original footprint. The result is a home with a number of discrete spaces for entertaining, and retreating to.

Off the main hall to the left and right are original receptions now used as a study and sitting room. Original wood fireplaces have been replaced with fine marble ones, and the box bay casement windows were restored while the lovely stained-glass detailing remains.

A smart bedroom suite off the main hall has proved useful too for accommodating family members needing to live at ground level.

Doors lead from the original dining room and hall into the first of the new receptions, a living room spanning the width of the house. White saw-cut wood panelling on the walls doubles here as picture rails – accommodating some of the abundant art provided by Mark’s artist sister, Mary FitzGerald. A light well, two sets of French windows, and an enclosed gas fire add light, warmth and a pared-back Scandinavian feel. This room and the dining room around the corner readily interchange as dining and entertaining spaces – depending on the size of the crowd.

“It’s a great entertaining house because there are three levels and then the garden house. Countless college dos took place here,” says Derval. In the dark days of the downturn, not long after the house was completed, the annual Sherry FitzGerald Christmas party was even hosted here.

A bespoke Andrew Ryan kitchen beyond the living room is a welcoming space with a warm hardwood finish, right down to a lovely built-in day bed in a window nook and pistachio-coloured Aga. A wall of French windows open out from here to the patio and garden.

The contemporary part of the house sits cleverly with the original through the retention of the 12ft ceiling heights – on every level – and wide plank oak floors running through the entire ground floor. On the doors that bridge the old side of the house with the new, the original grooved brass fingerplates and doorknobs remain on the old side, while the newer side carries contemporary brushed steel handles.

On the first floor are four double bedrooms, including a main suite with a luxurious stone-floored dressing room and en suite. Thanks to the atrium light in the hall and the clever use of roof lights here and there, the upstairs is unusually bright. Two further surprises at this level also include a utility room, and, far more interestingly – a most elegant drawing room to the rear that carries the width of the house. A wall of windows provides spectacular elevated views to the garden below, making this room quite special. With a simple open stone fireplace on a raised hearth it is a lovely contemplative space.

A door here leads to a second stairs connecting the floors of the the rear extension. But there’s nothing “servants’ access” about this, the bespoke carved oak staircase is a design statement in itself.

It leads down to a basement where a large home cinema connects to a games room and guest toilet. With a built-in sound system and natural lighting this is a perfectly contained space for a growing family that will carry all the way from school sleepovers to graduation “prinks”.

There are vast walls of storage throughout most rooms of the property and in particular down here, where Mark and Derval have been custodians of the bulk of each of their father’s not inconsiderable personal papers. Mark is son of the late Taoiseach Garret FitzGerald, while Derval’s father was former chief justice Tom O’Higgins.

The substantial private gardens run to 190ft and are bounded by beautifully restored cutstone walls. There is a patio and decent sized lawn – these gardens even hosted a wartime wedding – but the surrounding planting under the expert eye of Tig Mays succeeds in being wonderfully unfussy, yet full of surprises. Acers and cherry blossoms stand alongside climbing roses. A Himalayan birch and specimen oak here, poppies, trailing geraniums and white hydrangeas there. And tucked away towards the end is the cedar-clad garden house – a separate 480sq ft/45sq m one-bed with kitchenette and living area.

The FitzGeralds may be moving on, but not to pastures new. They are returning to the originally family home around the corner on Palmerston Road, which they have retained since the 1970s. Lithgow, finished to the very highest spec, and on the doorstep of the Luas and Ranelagh village, is on the market with Geralyn Byrne of Sherry FitzGerald seeking €5.25million.

I rely solely on rent for my income, what are my options?