Small private landlords are quitting ‘in their droves’, says seller of Glenageary house 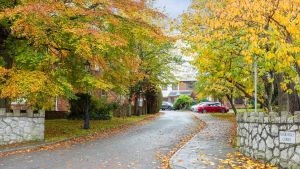 It was purchased as an investment property in 1999, but its owner has reluctantly decided to sell because he says it is no longer viable to continue to rent it following the introduction of rent pressure zones which restrict landlords’ ability to move with market rates.

“Rent levels were reduced in the wake of the collapse of the Celtic Tiger and then were frozen at an unrealistic level while the market recovered. If market rents were achievable the property could be held long term and money spent on improvements to keep the tenants content,” says the owner, whose tenant of 10 years has had to move out in order to facilitate the sale.

The owner, who did not want to be named, says the combination of fixed rents, full taxation on rental income and property tax have all combined to make the property’s future rental unviable for him.

“Because of market interference small private landlords have been forcefully encouraged to leave the market place, and are doing so in their droves. The beneficiaries will be the new homeowners to whom such properties are an attractive option. Unfortunately, the losers are the very people whom the rent pressure zones were supposed to protect, as these rental properties will no longer be available to them.”

Meanwhile the owner points to the unfair advantage enjoyed by corporate competitors in the Private Rented Sector (PRS) who can avail of low cost pension fund investment and can also write off the majority of their expenses against their tax bill. “The solution is clear, treat landlords equally under the law and allow the same tax treatments to both corporate and private landlords.”

Meanwhile number 3 Arkendale Court, which has been recently renovated and is now staged for sale, is walk-in ready for any owner occupier, or new investor. The three bed has 73 sq m (785sq ft) of space with the kitchen breakfast room located to the left of the entrance hall, and to the rear a living/dining room with feature fireplace and a window on to the garden. Upstairs are three good-sized bedrooms. Located a 10 minute walk from Dalkey village there are landscaped communal grounds to the front of the development with off street car parking spaces.