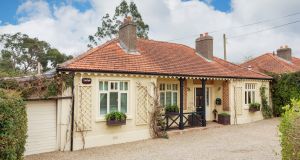 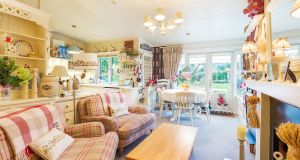 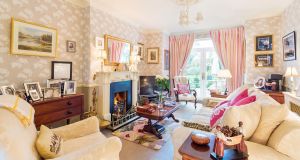 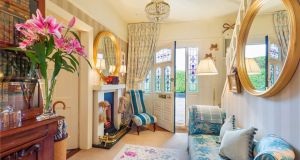 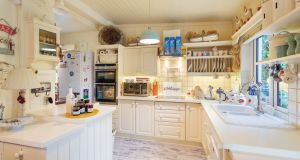 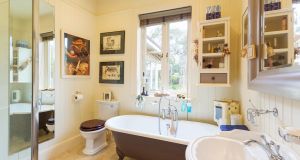 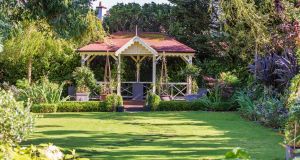 There are teddy bears everywhere too – owner Margot Slattery has a fondness for them – but few signs that this is also the home of rugby legend Fergus Slattery,  until you step into his office off the front hall that is, where framed pictures capture highlights of his playing career.

Fergus and Margot Slattery moved into Strathyre, 12 Albert Road Upper, in Glenageary, Co Dublin, in 1990. They completely redecorated and upgraded the three-bedroom detached bungalow on one-third of an acre and Margot created a beautiful back garden. Their children are now long grown up, and they are moving to an apartment they’ve recently bought in Killiney. Strathyre, has 143sq m (1,539sq ft) with two more rooms in a 33.5sq m (360sq ft) attic and is for sale for €1.1 million through selling agent Lisney.

The red-roofed 1930s house has a tiled veranda opening into a bright front hall with an open fireplace: the decor here sets the tone for the rest of the house. Furnishings are plush, many rooms have period furniture and most are richly filled with paintings, mirrors, photographs. Long curtains are tied back and many rooms are attractively wallpapered. Minimalist, it’s not: the overall impression is of a warm and welcoming family home.

The Slattery’s upgrade included installing French windows in downstairs rooms to the rear opening into the garden and revamping the kitchen. But utilities are housed in what was the garage, and plans – by architects Cantrell Crowley – exist for a further revamp of the kitchen area.

The main bedroom on the left of the L-shaped entrance hall is a modest-sized double with a smart en suite tiled shower room off it. There’s a second single bedroom with a glass-fronted wardrobe and Fergus’s study, which could work as a third bedroom. A large family bathroom has an oval clawfoot bath and shower.

The formal sitting/dining room runs from the front to the rear of the house: cream-carpeted, it has patterned pale pink/beige wallpaper and matching open fireplaces with cream timber surrounds.

Twelve steep steps lead to two attic rooms fitted out as bedrooms: both have fitted wardrobes and skylights.

The approximately 140ft long back garden has been a labour of love for Margot: there’s plenty of room to extend here, but that could involve getting rid of her formal squares of box hedging.

There’s a patio outside the kitchen and a brick path through the long lawn leading to a decked red-roofed summerhouse which matches the style of the main house. High hedges make it very private.

There’s room to park several cars in the gravelled front garden. Strathyre is on the part of Albert Road that stretches from the bridge over the Dart line up to the Avondale Road/Glenageary Road roundabout, a reasonably short walk to Glenageary Dart station.