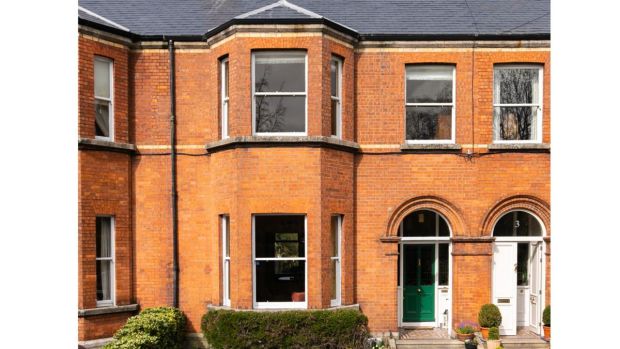 Number 4 Fairfield Park is likely to appeal to families trading up looking for more space – bedrooms and living accommodation – in Rathgar, an enduringly-popular suburb that’s always been well served by transport and close to several schools. Recent years have seen the village become livelier with new shops and restaurants.

The current owners of this four-bed mid-terrace redbrick dating from 1900 have lived here for 35 years, buying in 1986 for the equivalent of about €85,000, not an insignificant price for a house at the time. With a small park just opposite and little traffic it is, says the owner, a particularly family-friendly road with good neighbours.

The previous owners had done all the work, knocking through the small scullery rooms in the rear return to make a larger eat-in kitchen which has been modernised over the years. There are two interconnecting reception rooms – with original folding doors – the front has the benefit of bay windows and both rooms have attractive marble fireplaces, decorative ceiling cornices and polished timber floors.

Upstairs there are four bedrooms, two in the returns, and by far the largest is the main bedroom which runs the width of the house to the front. An attic conversion provides two more rooms.

One feature that wasn’t there when the owners moved in and one which they liked when they spotted it in neighbouring houses is the highly-decorative stained glass in the front door and side panels.

Whether the decorative glass was was ever in number 4 they don’t know, it could have been the case that the builder only offered such a fancy feature as an optional add-on and the first owners didn’t bother – but they had the design in their neighbours’ front door copied and it’s now a pretty and colourful addition in the hall.

There is a double garage to the rear – the house backs on to a lane – the previous owner had a boat stored there though the current owner says they don’t use the garage for parking, preferring on-street parking to the front.

New owners will likely do some updating to the 2,798sq ft (260sq m) property not least working on the Ber which is a chilly E1.

Cut-stone country feel in the Dublin suburbs for €650,000