Real estate play for not so lofty €3m 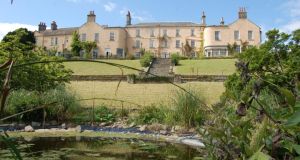 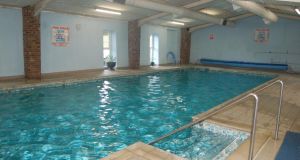 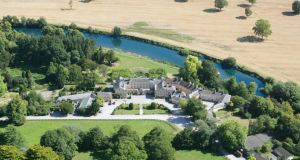 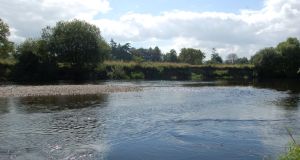 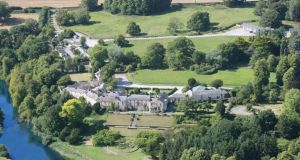 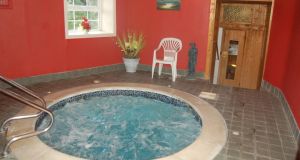 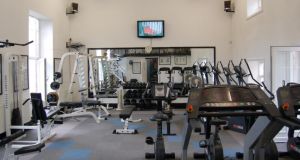 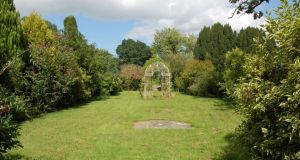 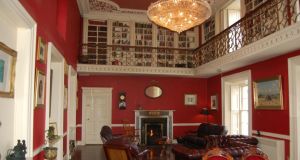 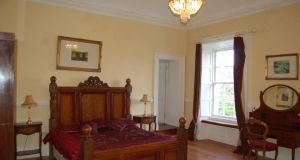 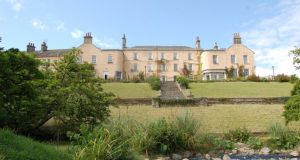 A sleek, white convertible Jaguar is parked outside a 17-bedroom Georgian mansion in deepest south Tipperary. The owner – of both – businessman Denis English recalls growing up on a small farm across the river Suir in Co Waterford during the 1950s “when everyone was poor”.

Well, almost everyone. As a boy, he often noticed the lights in the “Big House” of the local gentry. Little could he have known that one day he himself would become lord of the manor.

English (68), who started life as a car mechanic and remembers his lordship’s Rolls Royce being serviced in a Clonmel garage, later went into the property business. In 1994, he “amazed” his elderly mother by buying Knocklofty House – ancestral home to the Earls of Donoughmore.

Purchased as an investment, he’s never lived in the sprawling mansion and has now decided to sell it as he reduces his property portfolio before he reaches his 70th birthday.

The house is for sale through Sherry FitzGerald with an asking price of €3 million. This is not just a country house for sale but rather an entire working estate. The price includes the 17-bedroom mansion with some 22,600sq ft (2,100sq m) of accommodation; 80 acres of parkland and pleasure grounds; a mile of salmon-rich fishing rights; a leisure centre; an equestrian centre; and, no fewer than a further 22 rent-yielding houses scattered throughout the estate.

The main entrance to the house, overlooked by two imposing stone eagles, leads to a grand hallway still watched over by a framed portrait of the former owners dressed in the ermine-trimmed robes worn by peers and peeresses in the House of Lords for the opening of new legislative sessions and at coronations.

Lord and Lady Donoughmore became household names in 1974 when they were kidnapped from Knocklofty House by an IRA gang and held captive for four days before being released in the Phoenix Park. Not surprisingly, the family sold up a few years later.

Reminders of old order
Knocklofty House then became a country house hotel but the business failed and English bought the property from “liquidators appointed by the Bank of Nova Scotia”. He subsequently leased it to another hotelier but that venture eventually fell victim to the current economic downturn.

The mansion – Georgian with Victorian extensions and improvements – is currently laid-out as a luxury country-house hotel with 17 en suite bedrooms. They are tastefully furnished and new owners could relaunch the business without significant further investment. But the house could also be converted back into a magnificent stately home for a Downton Paddy of considerable means.

Throughout the mansion are ample reminders of the old order. Three rooms stand out: a wonderful drawingroom with original parquet floor, gold and white plasterwork ceiling, a carved wood fireplace and French windows opening onto stone-clad Italianate terraces overlooking the river; an oak-panelled dining room; and a jaw-dropping two-storey library featuring an upper gallery with a wrought-iron balustrade and beautifully-ornamented bookcases on three sides.

In the en suite of one of the guestrooms, the cast-iron bath lies marooned like a grounded transatlantic liner alongside a marble washstand with silver fixtures and fittings.

Equestrian centre
But whether for hotel or private house, there is work to be done. Some of the hotel features, notably the former reception area and two bars have a dated, Fawlty Towers air about them and will need attention. And, the exterior is painted in a colour English described as “light salmon” – which may turn some prospective buyers green at the gills. But that’s an easily remedied detail.

The leisure and equestrian centres continue to operate and the various cottages and houses on the estate are tenanted and provide an income stream.

The townland of Knocklofty is 9km from Clonmel and 200km from Dublin Airport.

Covid-19 summer: It hit me hard when I realised the holiday wasn’t going to happen
7

I think my boyfriend broke up with me because I was diagnosed with herpes. I’m devastated
9