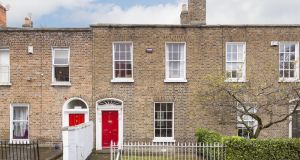 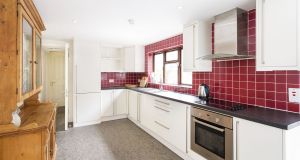 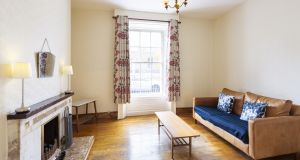 One of the two receptions rooms 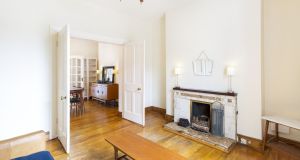 The property is need of a paint job 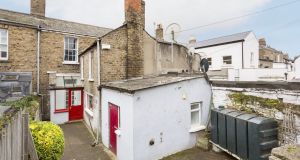 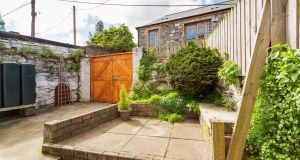 A terraced house at 55 Mount Pleasant Avenue Lower that sold about 18 months ago is back on the market. This year has seen many “flippers” coming up for sale from canny buyers who snapped up downturn bargains in poor condition and sold them on after a major renovation – but this isn’t one of them.

For a start it was bought for €815,000 – so, hardly in the bargain category – and while it would benefit from updating, it could just as easily be moved into immediately. The owners – who probably had grand plans, they have some lovely mid-century modern furniture which looks a little out of place in the present surroundings – are unexpectedly relocating for work reasons and so are putting the house up for sale in the same condition as they bought.

This time the price is €835,000 – which should go a long way to cover their expenses – and buyers will have to do their own sums factoring in whatever renovation they plan.

Work was clearly done by a previous owner in the 135sq m (1,453sq ft) house – there is a modern kitchen with smart units in the return, an en suite in the double bedroom in the first-floor return, replacement sash windows and new floorboards in the reception rooms and hall, but there is work to be done, notably a paint job and sourcing period chimneypieces, if this early Victorian is to be brought back to its best.

There are three other bedrooms – but as two of them were created by dividing what was once a grand room running the width of the house on the first floor to the front, buyers might consider reinstating the original layout.

In the two reception rooms downstairs, there is a fireplace in the front room – not the original – while the window in the back room has been replaced a long time ago with a single door opening out to a small link room leading into the kitchen.

At the far end of the return, beyond the kitchen, is a guest toilet.

To the rear is an unloved-looking paved yard and – a major plus in this area– vehicular access out on to Fortescue Lane.

These houses are an attractive period style – which will entice buyers – and this one is at the canal end of Mount Pleasant Avenue Lower in Dublin 6, another plus. There is a railed garden to the front. Sherry FitzGerald is the agent.