Period home on a half acre in Carrickmines for €1.395m 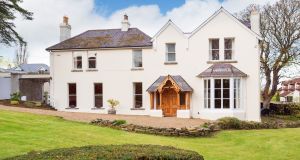 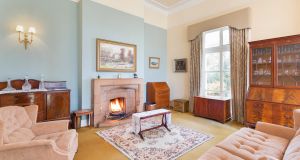 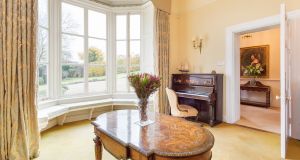 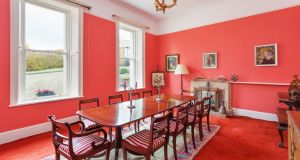 In 2008, 26 upmarket homes were built in Carrickmines in a new development called Claremount. The new estate was built in the former gardens of a fine Victorian house called Claremount after the family that owned it sold off a considerable portion of their land and gate lodge. They kept half an acre of garden for themselves and used some of the funds from the sale to extensively restore and renovate their mid-19th century house with work that included installing new windows, a new kitchen and bathrooms and decorating throughout.

They also planted hedging along their perimeter for privacy from the new houses and landscaped their gardens to provide a great sweep of gravelled area for parking to the front.

Now, nearly a decade a later, that original house is for sale through Lisney for €1.395 million. For buyers considering Claremount, it’s a lot of house and garden for the price. The house was probably built in two stages – first in 1847 and then some decades later when it was extended to the side. Now the two-storey house with five bedrooms has 32sq m (3,520sq ft) of space.

One of its most appealing features is the arts and crafts-inspired timber porch with its pretty encaustic-tiled floor which may have been added when the house was extended. The decorative detailing is mirrored inside in the staircase, another appealing feature.

Beyond the hall door, it’s immediately clear from the width and height of the fine hall that the proportions are grand, and rooms even at upper level have high ceilings. The largest reception rooms are the formal diningroom and the drawingroom which has the original bay window complete with window seat. There is a parlour room to the back and another small parlour to the front, probably originally used to welcome guests.

The eat-in kitchen – a fine, large room at the back of the house – was modernised with new units, black-and-white tiled flooring and integrated appliances as well as a separate, fitted-out utility room. Its flat roof was renewed to include two large rooflights.

Upstairs are the five double bedrooms – two of which are very large and have ensuites. There’s also a family bathroom which, like all the bathrooms in the house, has been modernised and won’t need changing.

The house is off Claremont Road, an extension of Cornelscourt Hill Road which rises from the village – and the view from the bedroom windows include the sea in the distance, giving an idea of how elevated the site is.

Like all period houses, Claremount has its quirks. One of them is that the kitchen doesn’t open out to the large patio beside it because the ground level is different, with the patio at just below windowsill level. Buyers may want to look at changing that by opening the whole area up – subject to planning permission, as the house is a protected structure. Otherwise they may not change a thing as this is a comfortable, distinctive-looking family home. Beyond the patio is a double garage.

Michael Harding: I was in my underpants, finishing off the pint...
2