One of Ranelagh's oldest Georgian houses for €1.2m 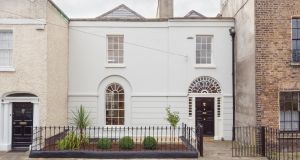 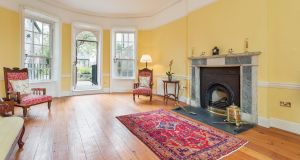 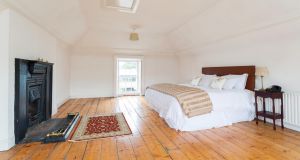 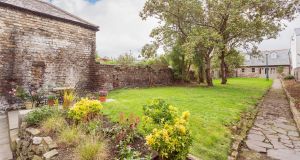 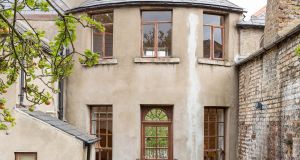 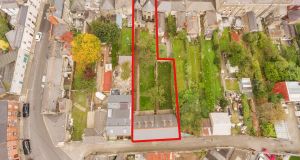 Viewings will be busy at 6 Old Mount Pleasant and not just with potential buyers. Architecture students, design history buffs and Georgian enthusiasts will be keen to see beyond the handsome hall door of one of the oldest houses in Ranelagh. It was the home of Thomas Ivory, one of the most respected architects in Ireland in the Georgian period and, while it is not known whether he designed the two-storey over basement house, he died here in 1786.

His largest, most notable commissions were for the Blue Coat School (1773) now the headquarters of the Law Society and the Newcomen Bank building at the entrance to Dublin Castle, which is now in use as a Government office.

Ivory was a teacher and known for his meticulous drawings. One of his pupils was James Hoban who went on to design the White House.

In the 1760s his annual salary was a respectable £40. When Ivory lived here, number 6 (as it is now numbered) was detached – there is the outline of a window in the gable wall – and on significantly more land, although its site still stretches back to Oxford Lane. It is a true Georgian gem with 170sq m (1,830sq ft).

The austere facade with its stucco and rusticated brick finish features a wide, panelled front door with fanlight and side lights, a tall round-head sash window on the ground floor and two sash windows above. The basement level is entirely below ground at the front, the only indication of its presence to passers-by being a large iron grille in the small railinged front garden.

Inside to the left are three rooms stacked on top of each other, each running from front to back: the kitchen is in the dark and gloomy basement – the ceiling height is very low here; above that is the charming drawing room with its original fireplace, and a door to the rear flanked by two sash windows; and above that again is a large, bright bedroom at the top of the house.

The back wall of the house is curved – the roof is an appealing turret shape – so these three principal rooms enjoy that lovely atmospheric feature. There are other rooms including another double bedroom, a modern bathroom and a small room to the rear at hall level that opens to the long back garden.

This is an executor’s sale and the family selling bought the house in the 1930s. It underwent considerable conservation work between 1999 and 2008 when, among other things, it got a new roof, the lime plasterwork was replaced and a new timber floor installed in the drawing room.

Given that a family with six children were its most recent occupants it is amazing how many of the 18th century features survive, such as the split shutters on the front window, the small fanlight over an internal door and the wide-plank floorboards upstairs.

In the 1980s the family bought part of the neighbour’s garden which also gave them that house’s outbuilding fronting onto Oxford Lane. In more recent years it and the outbuilding belonging to number 6 were rebuilt. The intention was that it would be a house for one of the family but it was never used as such.

And so while historians on viewing days will be fascinated by number 6, developers will be eyeing the garden and the two mews sites it offers on what is an established mews lane. The large mews currently under construction by a neighbour gives an idea of what can be done.

Parking is on-street and it is a busy spot at certain periods of the day as the house is directly opposite the entrance to the Ranelagh Multi-Denominational School, which was built in what was in Ivory’s time, his front garden. Sherry FitzGerald is the agent, asking €1.2 million.